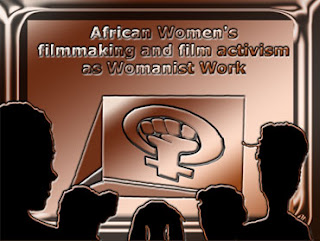 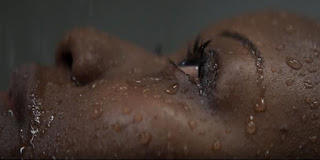 Babetida Sadjo
Hématome
Belgique - 2021 - fiction - 18min10
Synopsis
Twenty five years later, Judith finally dares to break her silence and to find justice for the rape that she suffered as a child. She bitterly discovers that the trial will not take place. Thirsting for justice, she confronts the pedophile who shattered her life.
About Babetida Sadjo
Babetida Sadjo Belgian-based actress turned filmmaker from Guinea-Bissau interprets the role of Judith in her film Hematome. She had this to say about the film:

"This film was really for me a way of telling the victims who have not had the courage to speak that I hear them. I do hear them because it happened to me too. I have compassion with them. The justice of humanity does not always suffice. How does one continue to live, to continue to be a woman, to full experience her sensuality,  motherhood, without the constant shadow of this trauma?" (From the interview with Anne Feuillère et Harald Duplouis:  https://www.cinergie.be/actualites/babetida-sadjo)
Posted by Beti Ellerson at 04:25 No comments:

Fan Sissoko: On the Surface (World Festival of Animated Film) 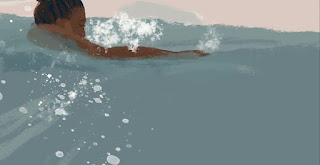 Fan Sissoko: On the Surface
(World Festival of Animated Film)
6-11 June 2022
Source: http://www.animafest.hr/en/2022/film/read_all/on_the_surface
Animation - 2021 - Iceland/U.S./Mali - 4min
Synopsis
A young Black woman goes swimming in the Icelandic sea and reflects on her experience of raising a child in a country that feels nothing like home. As she enters the freezing water, she relives her traumatic pregnancy. Being in the wild and facing her fears is helping her heal.

Bio
Fan Sissoko is a French-Malian artist and filmmaker based in Reykjavik, with a background in design for social change. Her work explores themes of migration, motherhood, otherhood and neurodiversity. Her animated short film On the Surface was awarded a grant from Art With Impact, and screened at festivals around the world, including Clermont-Ferrand ISFF (France), Encounters (UK), Ottawa International Animation Festival (CA), Margate Film Festival (UK), Rex Animation Festival (SWE). It won the Heartwired Award at Our Heritage, Our Planet Film Festival (US).

Posted by Beti Ellerson at 04:23 No comments: 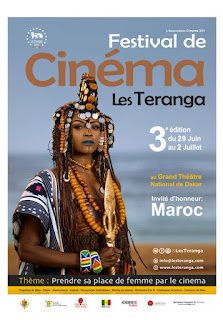 Posted by Beti Ellerson at 03:41 No comments:

Under the fig trees : de l'amour à l'ombre des figuiers | Love under the shade of fig trees - a review by Falila Gbadamassi (Afrincine.org) 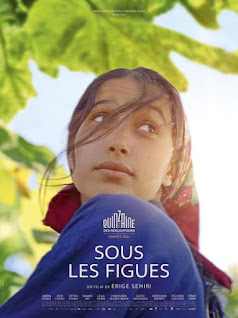 Under the fig trees : de l'amour à l'ombre des figuiers
Love under the shade of fig trees
a review by Falila Gbadamassi
published the 25/05/2022 at Africine.org: Link
The first feature film by Franco-Tunisian filmmaker Erige Sehiri, screened at the Directors' Fortnight Cannes 2022.
Translation from French by Beti Ellerson. An Africine.org/African Women in Cinema Blog collaboration.

It's harvest day for Fide and his gang composed of Melek, Sana his sister, and Mariam. But for these young Tunisians, finding themselves under the fig trees seems above all an opportunity to put their love life in perspective, or at least to try to (re)build it. The images of the work environment of this agricultural labor force alternate between conversations among the young women and their male alter egos. Hence, Melek finds an old love, Abdou, who had disappeared overnight. The vestiges of love can still be found in the eyes of the young woman. As for Firas and Sana, the relationship begins...

In this closed setting that constitutes a field of figs, Erige Sehiri paints portraits of women and men where a slice of life is played out under these trees. For some it is because this work is a necessary source of income. The gravity of the sequence where the workers receive their pay, plays out side by side with the lightness of another where the four heroines spruce up after a day's work. Then Erige Sehiri's camera scrutinizes their gestures and faces down to the smallest detail.

By filming these details up close, the filmmaker seems to want to offer the viewer a personal encounter with each and every one of her characters. Finally, this feature film by the Franco-Tunisian director relates a bittersweet chronicle about feelings of love, shrouded in a bit of summery slumber.
Posted by Beti Ellerson at 02:56 No comments: 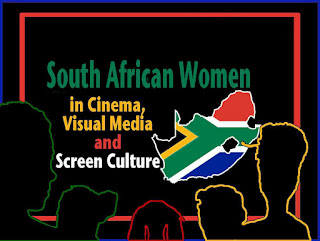 South African Women in Cinema,
Visual Media and Screen Culture
Report by Beti Ellerson
Notes continuing...
There are multiple racial, ethnic, religious, and historical signifiers of South African identity and this identification is reflected in the creative expression of the artists. Hence, the inquiry to know: Who are these women makers, cultural producers and workers? How do they negotiate these identities within the often contested terrain that continues to manifest itself decades since the emergence of a democratic and so-called rainbow nation?

Masepeke Sekhukhuni, who was a director the Newtown Film and Television School in Johannesburg, noted the importance for black students to understand the implications of cinema/filmmaking practice in terms of identity. As filmmakers they would be shaping a new way of seeing and interpreting cinema and visual media.
Legendary screen and stage actor, producer, playwright Thembi Mtshali who played the role of Pat in Mapantsula (directed by Oliver Schmitz and written by Schmitz and Thomas Mogotlane, recalls in a interview with me in 1997 the impact of this social political film produced and released in 1988 during the apartheid era: "That was the first political movie made in South Africa, in the late eighties, during the state of emergency in our country. A lot was happening around us. I remember that the casting was very closed. During the interview, they wanted to understand what your political views were and, of course, they really had to be careful.  Everything was underground. It was done clandestinely.  Finally, we started filming. Most of the shots were done in Soweto, in this woman's house.  Most of the whites who were working with the film were liberals.  The whole thing was done right under the nose of the system, without them knowing it. Before they knew it, the film was outside the country. It was introduced at the Cannes Festival." She was conferred an honorary Doctor of Philosophy in Visual and Performing Arts from Durban University of Technology in May 2022.

Embracing the technologies of the new millennium Jabu Nadia Newman’s web series “The Foxy Five” is an intersectional feminist exploration of the lives of its five black protagonists as they confront the myriad issues around gender, sexuality and race. At the same time, she describes the web series format as having the potential of radical feminist expression.

Zulfah Otto-Sallies (1961-2016) explored the lives and histories of the Cape Malay community in the Bo-Kaap society of Cape Town, especially as it relates to intergenerational relationships and attitudes towards tradition versus modernity and the diverse experiences of Cape Muslim society.

Filmmaker-scholar Jyoti Mistry, also of Indian descent, is a scholar and filmmaker.

The desire to network and empower women in the film and television sectors of South Africa is particularly evident from the grassroots, individual initiatives to the insertion of policies on the governmental level. Following is a selection of initiatives.

Women of the Sun founded in 2005, though no longer active, described its role as "an instrumental organisation promoting women in the film and television industry…provid[ing] vital services to women in the sector." Through its first ever African women film festival in 2010, its aim was to put "African women filmmakers on the map." The Women of the Sun Film Festival ran alongside the African Women Filmmakers' Forum hosted by the Goethe Institute; most of the women who attended the forum also screened works at the festival. Twenty-five women from more than fifteen countries, representing most regions of the continent and the diaspora, convened to discuss as a group the various issues that they had vowed to keep alive since their last respective meetings. The purpose of the event, according to the organizers, was to contribute to existing structures and build upon long-term strategies, thus working alongside African women filmmakers who are already leading the way. The publication Gaze Regimes: Film and Feminisms in Africa. Eds. Antje Schuhmann, Jyoti Mistry. Johannesburg: University of the Witwatersrand, 2015, was one outcome of the African Women Filmmakers' Forum.

Sisters Working in Film and Television (SWIFT) South Africa, currently chaired by Zanele Mtembu, was launched in 2017, as a network of South African women whose focus is the empowerment and advancement of women in the visual media. The next year it partnered with the National Film and Video Foundation on the research for the publication, Gender Matters in the South African Film Industry". The National Film and Video Foundation, an agency of the South African Department of Arts and Culture endeavors to ensure gender parity in all aspect of art and cultural production.
The Durban FilmMart Programme 2021 featured the Film Panel, Africa in Focus: Womxn in Film. The objective of the initiative: to traverse issues of gender equality and safe working spaces, how to go about changing the structures of production and the infrastructure of the industry, while navigating spaces of sexism and other antiquated notions. The panel featured Edima Otuokon of the Ladima Foundation, Zanele Mthembu, current chair of SWIFT and Antoinette Engel of Black Women Disrupt. The conversation explores the newly-created initiatives that challenge the status quo and work towards a more equitable ways of working.
Filmmaker/artist/activist Seipati Bulane-Hopa held the post of Secretary General of FEPACI (Pan African Federation of Filmmakers from 2006 to 2013, the first woman to hold the position.

Similarly, Jackie Motsepe, who served on the all-women-helmed juries at Fespaco 2013, is a producer and film activist.
The complexities and ambiguities of discourses in/on South African cinema by some white South African women have often revolved around the vexed history of apartheid and their positionality as white people in the post-1994 South Africa. A few examples explored in the African Women in Cinema Blog: Filmmaker and historian Rina Jooste, an Afrikaans-speaking South African of European descent asserts her identity and claims her experiences as part of African history. She uses filmmaking as a tool to explore the complex layers of South African society with a focus on Afrikaner identity and the collective history of apartheid from both sides. Scotland-based scholar Lizelle Bisschoff acknowledges her white privilege as a White South African and attempts to negotiate that identity in her work and research on African cultural production. In her films and writing, Bridget Thompson examines her evolution as a filmmaker outside of the “white cultural Bantustan into the wider black world intellectually, politically, socially, culturally and spiritually."

While not claiming by any means to be exhaustive, as the country's activities are ever-growing, the African Women in Cinema Blog includes a small selection of voices that are indicative of South African's diversity and wide-ranging initiatives.