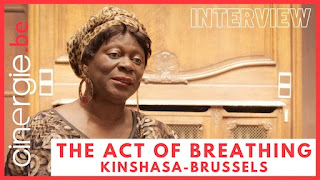 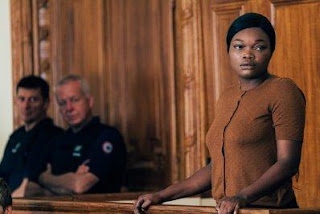 Rama, a novelist in her thirties, attends the trial of Laurence Coly at the court of Saint-Omer. The defendant is accused of killing her 15 month-old daughter, abandoning her on a beach in northern France at the rising tide. From this story Rama would like to write a contemporary adaptation of the ancient myth of Medea. But during the course of the trial, nothing goes as planned. About to become a mother herself, ultimately, this closed session proceeding brings into relief her own relationship to motherhood. Posted by Beti Ellerson at 17:35 No comments:

IIFF 2022 CALL FOR SUBMISSIONS IS OPEN!

Submit your film to

We are looking for films that;

show women's contribution to a better society and world

engage with global issues and how they affect women

focus on the journey of African women

are about allies for African and African diaspora women

A password protected preview of the film (Vimeo link or dropbox).

Please email all materials to reception@icapatrust.org or whatsApp +263774717190

Films must not be available on the internet.

Films should not have been premiered or screened in Zimbabwe 3 months prior to festival.

Films must have been produced between January 2017 and June 2022.

All non-English language films must have legible English subtitles.

You may submit email with mp4 or mov to reception@icapatrust.org via Wetransfer,or Dropbox

* For further enquiries you send an email to reception@icapatrust.org or a text message using WhatsApp to +26377471719

Posted by Beti Ellerson at 15:40 No comments:

Farida Benlyazid: A Door To The Sky (Women’s Stories from the Global South (& To Whom They Belong) 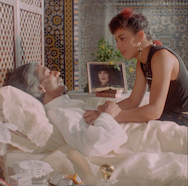 Farida Benlyazid: A Door To The Sky
(Women’s Stories from the Global South (& To Whom They Belong)
When she finds out her father is dying, Nadia, a Moroccan émigré to France, returns to Fes to say goodbye. At her father’s funeral, she hears a voice chanting the Quran and develops a friendship with the woman singing it.

As the friendship between the two women grows, Nadia is inspired to turn the house she has inherited from her father into a shelter for Muslim women. A beautifully told story that combines spirituality with social and economic concerns in Morocco, Door to the Sky interrogates the power of return and rediscovery.
https://www.watershed.co.uk/whatson/11268/a-door-to-the-sky
Image: A Door to the Sky by Farida Benlyazid
Posted by Beti Ellerson at 03:00 No comments: 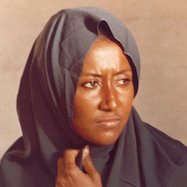 Women’s Stories from the Global South (& To Whom They Belong)

Global Women’s Film Heritage project invites you to a networking lunch at Cinema Rediscovered. On Thursday 21 July, 12:30 – 1:30pm, we will hold an event focusing on women’s absences and presences in the global film archives. The focus will be on the work African and Arab, Latin American and Asian women have created and the way in which their inclusion in festivals, archives and scholarship can broaden and inform our understanding of feminist activist film from the 1960s, 1970s and 1980s.

Posted by Beti Ellerson at 09:18 No comments:

Email ThisBlogThis!Share to TwitterShare to FacebookShare to Pinterest
Labels: networking

The Visceral Afterlives of Trauma in Ellie Foumbi's Our Father, the Devil. A critique by Zélie Asava

The Visceral Afterlives of Trauma in Ellie Foumbi's Our Father, the Devil
A critique by Zélie Asava
Our Father, the Devil premiered at the 2021 Venice International Film Festival – making Ellie Foumbi the second Black female director to be selected in its history – and was an Official Selection of the 2022 Tribeca Film Festival. Stunning performances against neo-noir backdrops set the scene for shadowy characters, gripping twists, and a denouement that confounds generic expectations.
READ IN ITS ENTIRETY AT: https://akoroko.com/our-father-the-devil-ellie-foumbi/
Image: akoroko.com
Posted by Beti Ellerson at 17:23 No comments: