Centre for the Study and Research of African Women in Cinema 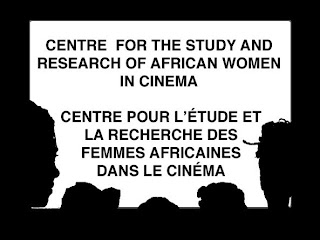 One of the objectives is to reach a broader audience beyond academia—where much of the discourse on African women in cinema had been focused. The Internet-based Centre has the potential to access a wider range of people in the way that scholarly journals have not. Moreover, the fact that scholarship on the subject remains within the confines of classrooms, seminars and conferences, especially in the United States, means that other sectors of the population are not readily exposed to the rich experiences of African women in cinema. And while the name of the Centre invokes a location of serious study, its diverse features make information accessible to people who are seeking information for various reasons and on many different levels. Having both produced a film and published a book, as well as numerous articles, on African women in cinema, I am excited about the immense possibilities of the Internet to be able to constantly update, provide as many hyperlinks as there are websites that contain relevant information, and interact and share spontaneously. I often receive information directly from filmmakers to inform me about their new films and other relevant events.


Some of the categories included on the on-line Centre are:
This blog, which was introduced in March of this year (2009), serves as a public forum to provide both current information as well as spontaneous reflections on diverse topics relevant to African women in cinema (see list of post by date and title). The Centre also has a presence on Facebook, MySpace, Pinterest, LinkedIn, Twitter, YouTube, Vimeo, DailyMotion and Flickr, fully utilizing the ever-evolving resources of the Internet. This interaction with the cutting-edge technology of the Internet highlights a caveat—those who have access to it will be more visible, and in Africa where the “digital divide” is strikingly wide, the many local initiatives that are not “connected” will not be available, and these are perhaps more the case than not. Nonetheless, the goal of the Centre is to continue to serve as a repository for the dissemination of information on the research, study and documentation of African women in cinema and to be an international network with the specific focus of promoting African women in cinema.

*At the time of the grant I was a faculty member at Howard University.

Email ThisBlogThis!Share to TwitterShare to FacebookShare to Pinterest
Labels: Centre for the Study and Research of African Women in Cinema
Newer Posts Older Posts Home