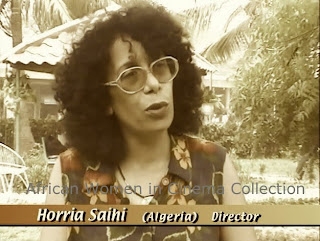 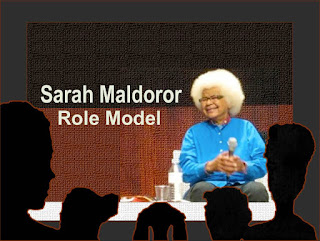 I play a cultural role as filmmaker. What interests me is to research films about African history, because our history has been written by others, not by us. Therefore, if I don't take an interest in my own history, then who is going to do it? I think it is up to us to defend our own history, to make it known—with all of our qualities and faults, our hopes and despair. (1)

For Sarah Maldoror, Guadeloupian of African descent, respectfully regarded as the matriarch of African cinema, filmmaking was a weapon for struggle and liberation from the very beginning of her experiences in cinema. Though before embarking on a career in filmmaking she co-founded the theatre group the Compagnie d’Art Dramatique des Griots in Paris in 1956. She left the company in the early 1960s to study cinema in the Soviet Union on a scholarship—there she met Ousmane Sembene who was also studying at the time. After residing briefly in Morocco in 1963, she went to Algeria to work as Gillo Pontecorvo’s assistant on the classic film, The Battle of Algiers, released in 1966. Her 1968 debut film Monangambee was selected for the Quinzaine des réalisateurs/Directors' Fortnight at Cannes in 1971 representing the country Angola (2). In 1972 she made her emblematic oeuvre, Sambizanga, which relates a woman's experience during the Angola liberation struggle. The film shared the prestigious Tanit d’Or prize at the Carthage Film Festival that same year.

Inspired by the film Sambizanga, some twenty-five years later Togolese Anne-Laure Folly Reimann focuses her camera on women's experiences of war in Angola in the 1996 documentary film Les Oubliées. In her 1998 film, Sarah Maldoror ou la nostalgie de l'utopie, she pays tribute to her mentor, tracing her life and work. Anne-Laure Folly Reimann honors Sarah Maldoror with these remarks at the 1997 FESPACO press conference for the film Les Oubliées:

Sarah inspired me to do this film. She made a film called Sambizanga, which in my opinion is one of the masterpieces of African cinema. When I saw it, I had a desire to make a film about Angola. She cleared the way by showing the Angola liberation war from a woman’s perspective. My film is not groundbreaking; she has already done that (3).

Pioneer, trailblazer, mentor, Sarah Maldoror continues to show the way. She had this to say in an interview with Jadot Sezirahiga:

“African women must be everywhere. They must be in the images, behind the camera, in the editing room and involved in every stage of the making of a film. They must be the ones to talk about their problems” (4).

In 2011, Sarah Maldoror received the National Order of Merit from the French government for her contribution to culture. She was honoured in this way:

Dear Sarah Maldoror, you are an outspoken rebel, a fighter of injustices, a resolute humanist. Throughout your career, through the lens of your camera, you have always fought in order to tell and present, realistically and poetically the harshest of realities. For all of us, your perspective of the memory of slavery and colonialism has a distinct value. On behalf of the President of the Republic, we declare you a Knight of the National Order of Merit. (5)

Also read on the African Women in Cinema Blog :