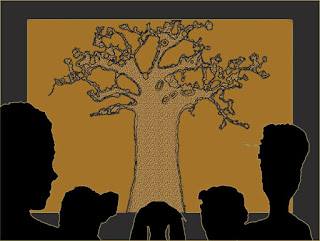 African women filmmakers have long championed increasing literacy in Africa and have put the spotlight on the education of girls using themes in their films that focus on the importance of girls’ education. There is an African proverb that states: Educate a boy, you educate an individual, educate a girl, you educate a community. This statement draws attention as well to the widespread practice of giving preference to boys over girls when it comes to education. The Zimbabwean writer/filmmaker Tsitsi Dangarembga reveals this disparity in her internationally acclaimed novel Nervous Conditions (1989). Similarly, Burkinabé Valerie Kaboré emphasizes this inequality and its implications in her documentary series Naitre fille en Afrique/To Be Born a Girl in Africa (1997). She has this to say about the importance of girls’ education:

"I think, generally speaking, that African women have much to bring to the development of our continent. It is for this reason that we fight more and more so that women may be trained and educated and have at least a minimum amount of instruction; because to put a woman in school is to teach her how to open the door to life. Even if she does not go to school for a long period of time, she can at least acquire a minimum amount of knowledge to be able to manage her household and communicate values to her children for their future. In general, the development of Africa depends on what we will do for women of our generation and those of the future."

"The education for girls is one of the many issues that we are trying to raise, and films can play a role to encourage it. If girls are educated, they will be able to uplift their families. Women are very important in society: if you uplift a woman you are actually uplifting the whole family. You are also empowering the woman."

Burkinabé filmmaker Florentine Yameogo observes, as well, the specific role of women in the education of children:

"Women are generally the ones who educate children, and perhaps it is for this reason that a great many more women than men are interested in the needs of children."

Pioneer Senegalese filmmaker Safi Faye, who was a teacher before taking up anthropology and filmmaking, continues this role using filmmaking as a tool for teaching and learning. In her film Mossane (1996) she confronts the multi-layered issues of and attitudes towards education in Africa. Among other parallel events of the film, the return of Fara to the village because of a strike, precipitates the arranged marriage by proxy of his beloved Mossane to Diogoye, a wealthy man who now lives in Paris. Fara as university student is positioned as the counterpoint to the change vs tradition dichotomy. His presence intensifies and deepens Mossane’s desire for him and emboldens her resistance to the arranged marriage. While in seclusion during her wedding she confides to her cousin Dibor: “Father and mother stopped my studies which would have allowed me to live independently and wait for the man I love.” Faye thus underscores that Mossane “had to abandon her studies because she was put in the situation of a forced marriage” thus leaving her economically dependent and emotionally unfulfilled. Education becomes the vexed symbol of opposing forces. Fara drives this point at the moment when he understands that he can do nothing to prevent the marriage. He states with resignation: “What can I give to Mossane? How can I reimburse all that her parents have received from Diogoye? I have nothing, nothing at all. I am a poor student.” Despite the apparent hopelessness of their situation, 14-year old Mossane resists, to the chagrin of her parents who had thought that they could avoid any defiance to tradition. Mossane’s father states to her mother: “I pulled Mossane out of school to prevent this, as school would give our children a bastardized education. They would leave us but at the same time not arrive at their destination. They would be eternal wanderers. And a proverb of ours says: A backside cannot mount two horses at once without running the risk of being torn apart.” Thus her parents perceive African traditional education and western education as irreconcilable—a recurrent theme in African films.

Kenyan Anne Mungai explores a similar theme in the film Saikati (1992). After pressure from the family to marry the village chief’s son, the eponymous Saikati, refuses to abandon her studies and flees to the Nairobi capital with her cousin. After resisting the vices of the big city, she returns to the village to find a family more willing to consider her desire for education.

While many films indicate the mother’s complicity in her daughter’s lack of education, Burkinabé Fanta Nacro’s Bintou (2001) constructs the mother as agent of change fighting for her daughter to go to school when her husband refuses. As the protagonist Bintou has no apparent means to earn the required funds for her daughter’s education, the film’s message is multi-fold. Bintou is empowered by other women to draw from her own experiences and capitalize on them.

Also aware of the importance of girls’ education, African male filmmakers reflect the theme in their films. One of the highlights of the posthumous film of Senegalese Djibril Diop Mambety (1945-1998), La Petite vendeuse de Soleil/The Little Girl Who Sold the Sun (1999) is Sili signing her name on the “contract” after receiving thirteen newspapers to sell. A crippled twelve-year-old who does not read or write, Sili proves that she can also sell newspapers like her male counterparts. Serious about her ability to secure a job rather than beg on the streets, for her signature, she draws an image of the sun on the “contract”. Her selling the Senegalese daily newspaper, Le Soleil, which means “the sun” in French, is also symbolic in that it juxtaposes her non-literacy with the purchasers of the newspapers, literate in the French language, the administrative and official language of Senegal. It demonstrates as well the positive results of a woman’s support in a girl’s effort to succeed, as evident in the following excerpt from the film:

In the first scene of Mambety’s earlier film the iconoclast Touki Bouki (1973), the university student Anta, is sitting at a table reading a book. Throughout the film she challenges tradition as she wears pants and jacket and rides around Dakar on a motorbike with her boyfriend. The same actor, Miriam Niang, plays the role of Rama, also a rebellious university student, in the film Xala (1974) by Senegalese Ousmane Sembene (1923-2007). Faat Kine (2000), also by Sembene is a feminist manifesto of sorts, as all the female characters are empowered. Faat Kine single-handedly raises her two children, Aby and Djip who are about to complete their “bac” (high school diploma). Aby and her brother have received the news of their success to great applause and a fete finale. Moreover, the film confronts the practice of giving preference to boys in education, as both children, daughter and son, are treated equally; they support each other and celebrate each other’s success.

Wanjiru Kinyanjui from Kenya recounts her project, which focuses on girls and education:

“African Children which favors the girl-child stage…is a documentary on teenage girls. The film seeks to give a differentiated image of how others see Africa and its people. The general image that goes through the media is Africa's helplessness, poverty, chaos, war, catastrophes, etc. It is certainly far from being about "typical" African catastrophes, as it concentrates on the daily lives, beliefs, dreams, and expressions of these girls. Very few reports show normal girls going to school, eating, laughing, being cheeky like any other teenagers, leading a normal life. This film is educational in terms of informing people out there that Africans are just people despite the setbacks. And people are people. This film is about strong schoolgirls who lead very normal lives, according to themselves. It is told by themselves and not by a commentator. The girls give their own stories the way they will, they share their daily life with the audience. They are ambitious and strong and they are very hard working.”

Bruktawit Tigabu, an elementary teacher in Ethiopia who wants to improve literacy, especially for young girls, is founder and director of Whiz Kids. She is developing the “Tibeb Girls Series”, an animation project about three young super heroines.

Girl education advocate Zuriel Oduwole believes that all girls should have a right to education and her vision is to empower them to accomplish their dreams as she has., U.S.-born of Mauritian and  Nigerian heritage, she self-produced a film at the age of 12, in 2014. Since 2016, she has been conducting filmmaking classes for youths in Namibia, Nigeria, Mauritius, Kenya and Mexico.

Cinema thus may be an awareness-building tool. Raising the viewer’s consciousness about the educational inequalities that exist for the girl-child and women, at the same time showing realities through fiction and non-fiction. Realities that reveal the empowerment of women through education.

A Call to Action: UN Themes and African Women in Cinema
https://africanwomenincinema.blogspot.com/2009/11/call-to-action-un-themes-and-african.html