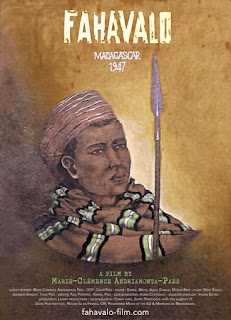 Our new film "Fahavalo, Madagascar 1947" by Marie-Clémence Andriamonta Paes is almost completed. The journey continues with the last push. The final step in making the film happen is getting the funds to get the rights for the archives which will allow the film to screen for the next 10 years. We need your help to make that happen. Your contributions will allow us to get the archives rights that will let us screen the film for the next 10 years. We cannot complete this without your help. We put together a KKBB campaign to help raise the funds. The campaign will give you an intimate look inside the film's journey and it will give you an opportunity to get to know the team and why Madagascar 1947. Thank you for your commitment.

They were called fahavalo, “enemies”, as they rebelled against French colonial authorities in 1947, only armed with spears and talismans. The film is a journey across Madagascar in search of the last witnesses of a long forgotten rebellion.

Of Malagasy and French nationality, Marie-Clémence Andriamonta Paes spent her childhood in Madagascar. She is a filmmaker and producer of documentaries that have received awards in international festivals (Cinéma du Réel, Liepzig, Friborg, Festival Jean Rouch ...). With her husband Cesar Paes, they have produced An Opera from the Indian Ocean, Saudade do Futuro, Awara Soup, Songs and Tears of Nature, Angano ... angano, Tales from Madagascar. Fahavalo, Madagascar 1947 is her first film as a director, she was motivated by the desire to know about the history of the insurrection of 1947 in Madagascar.

Posted by Beti Ellerson at 09:37 No comments:
Email ThisBlogThis!Share to TwitterShare to FacebookShare to Pinterest
Labels: crowdfunding, Madagascar, Marie-Clémence Paes 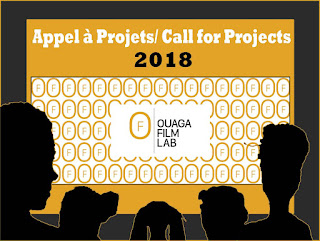 The call for projects is open to African practitioners (who is a filmmaker from a West African country.

Ouaga Film Lab is a platform for gatherings between young talents from the continent and international consultants. The programme establishes a direct two-way dialogue: between the African talents themselves; and with professionals from the rest of the world, promoting networking and exchange around the difficulties inherent in film production both locally and internationally.

Registration is free and can be done online at www.ouagafilmlab.net
It must meet the criteria set out in the regulations and must be made before 1 July 2018 at 00:00 GMT. 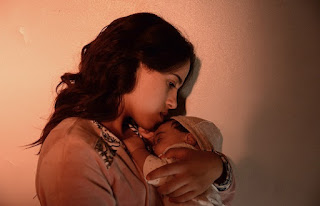 [English]
Sofia lives with her parents in a modest apartment in Casablanca. While having lunch with her family one day, she is suddenly stricken with violent abdominal pain. Her cousin Kenza, a medical student, is feeling her belly when water starts running down her thighs: Sofia is about to give birth. On the pretext of Sofia having overeaten, the two women head to the hospital. Reluctant at first, the personnel eventually agree to take Sofia in, on the condition that she provide her marriage certificate before the next morning; otherwise they will alert the authorities. After Sofia gives birth, she and Kenza immediately leave the hospital in search of the child's father, launching themselves into a frantic nocturnal quest. 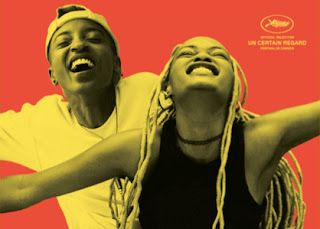 Rafiki is a love story about Kena and Ziki who live in a housing estate in Nairobi. The girls are unlikely friends and their fathers are rivaling politicians. When they fall in love and the community find out, the girls are forced to choose between love and safety.

Kena and Ziki live very different lives in the Highrise Estate in Nairobi. Kena works in her father’s shop and awaits the start of nursing school, while Ziki passes the days hanging out with her friends and making up dance routines. Their paths cross when their fathers run against each other for seats in the County Assembly, and they find themselves drawn to each other.

Soon their interest grows to affection and the girls find ways to love each other despite the ever-watching gaze of the neighborhood gossip and the homophobic sentiments of their community. However, once discovered by their family and attacked by the community, Kena and Ziki must choose between what they feel and what others want them to do. 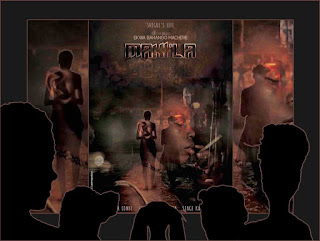 A collaboration with Africine.org, translated from French by Beti Ellerson.

Maki'la by Machérie Ekwa Bahango is a genre film with aspects drawn from the streets of Kinshasa, the capital of the Democratic Republic of Congo. These streets and the children who live in them, cut off from all family and social ties, are often the subject of a great deal of imagined reality; treated as sensationalised subjects, full of miserabilism and pity. The young Congolese filmmaker, who has just completed her very first feature film, constructs this subject matter into cinematographic material.

In the gangster movie genre where the hero is most often a man, Machérie Ekwa Bahango breaks with this rule from the very beginning. The hero is Maki, a young woman who fights as best she can to survive in the streets of Kinshasa. Married to Mbingazor, the leader of a gang of youth, she decides to set off on her own, finding neither satisfaction in the lifestyle of this group or in her relationship. Sent on her path by fate is Acha, another teenage girl lost in a soulless, unsparing Kinshasa. Their encounter is an important factor in the transformation of Maki's character, strengthened by a sense of responsibility. The group evolves outside of any interaction with society; guided by its own laws, like gangsters and mafia members in noir films. For instance, the wedding, used only as a model, is celebrated between friends by imitating/caricaturing the references of religious ritual. Similarly, each gang member is baptised according to a social stereotype.

At a certain moment, something clicks in Maki's mind, prompting her to no longer tolerate her companions' mode of existence: constant idleness, spending all their time smoking and drinking. There are subtle hints on the part of the director regarding the impasse and immobility that suffocate Congolese society. Maki’s awakening/revolt emerges as a call for crucial change. Confronted with a system stronger than her, what can the young woman do? The revolving scenes of conflict, at times in direct combat with Mbingazor, who dictates the law, are like metaphors for social confrontations between a people eager for change and an illegitimate oppressive power.

When finally a glimmer of hope emerges, the monstrous actions of Mbingazor are fatal both for himself and for Maki. At the end of a physical fight between the two characters, Acha kills Mbingazor with a bullet from a pistol that Maki had seized from a client, at the same moment she is stabbed. Before shooting herself in the head, she reveals to Acha that the man she had just killed is none other than the brother she has been looking for. Acha is lost now more than ever before. She loses Maki, the only support system in her life, and she herself has put an end to the personal and ultimate hope of finding her brother, her dream of finally reaching a haven of peace. The separation from him is twofold; having realised that she had just been raped by her own brother. Herein is a dour overview of Congolese society. With what means is Acha going to face the challenges during the rest of her life? The memory of this bloody scene ending with fratricide, the money that Maki brought back, and that could/should have taken them out of the circle of poverty and violence, perhaps a child from incest and rape. Acha, like Congolese society, was not able to get out of the vicious cycle. Through a muffled cry of anger in the form of a film noir Machérie Ekwa Bahango seems to reveal that the spiral of despair continues. 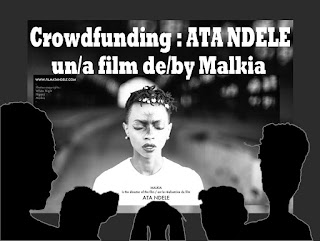 The film « Ata Ndele" was born from the need to present, in a less stereotyped way, Belgian characters of foreign origin. To do this, Malkia and Nganji wrote a story of love, friendship and power struggle evolving at each stage of the characters’ lives. The main challenge was to take as a point of departure an idea that is often described as an Afro-European narrative to then being able to question a fundamentally human problem, namely: What remains of a collective ambition when it conflicts with the evolution of our private life?

To join the ATA NDELE kisskissbankbank campaign and to make a contribution:
https://www.kisskissbankbank.com/en/projects/ata-ndele
Posted by Beti Ellerson at 12:25 No comments:
Email ThisBlogThis!Share to TwitterShare to FacebookShare to Pinterest
Labels: Belgique-Congo, Belgium-Congo, Congo-RDC, crowdfunding, Malkia Mutiri 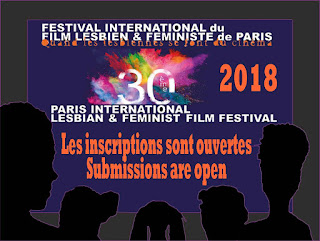 Vous avez jusqu'au mardi 15 mai pour nous envoyer vos films !
You have until 15 May to send your films

Posted by Beti Ellerson at 10:29 No comments:
Email ThisBlogThis!Share to TwitterShare to FacebookShare to Pinterest
Labels: Appel a films-call for entries 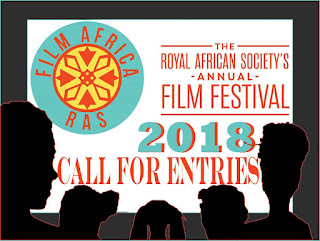 Film Africa is an annual London film festival celebrating the best African cinema from across the continent and diaspora brought to you by The Royal African Society. Established in 2011, every year Film Africa brings diverse London audiences a high quality and wide-ranging film programme accompanied by a vibrant series of events, including director Q&As, talks and discussions; professional workshops and master classes; school screenings and family activities; The Industry Forum; and Film Africa LIVE! music nights. Film Africa also recognises and supports new film making talent through the Baobab Award for Best Short Film and the Audience Award for Best Feature Film.

The 2018 festival will take place in venues across London from Friday 2 to Sunday 11 November.

- Be the premier platform for African cinema in the UK, through our annual festival and year-round programming.

- Offer African and Diaspora filmmakers the opportunity to present their work to new audiences in London.

Promote a better understanding of Africa through film, by stimulating debate around contemporary socio-political issues raised in the films we screen.

- Build links with film festivals and organisations around the world to promote the main-streaming of African cinema internationally.

- Create new opportunities for exhibition, distribution and networking through our annual Industry Forum and events programme.