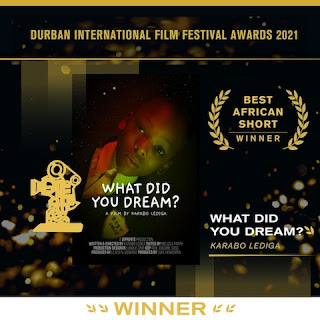 Synopsis
It’s the summer school holidays in 1990, South Africa, and 11-year-old Boipelo is back at her grandmother Koko’s four-roomed house in the Pretoria township, Atteridgeville. It’s a point of uncertainty for a country on the brink of democracy but mostly, according to her at least, for Boipelo who will be attending a multiracial school soon. These school holidays are different to the others that have come before. While the normal house chores and the predictable clashes with her two annoying cousins continue, her grandfather’s violent coughing coming from the dark bedroom, and conversations amongst adults signal some sort of end that she can’t grapple with. Boipelo becomes consumed by the fact that unlike her two cousins, she can no longer remember her dreams when her granny, like clockwork, asks her to tell her what her dreams are in order for her to play a local Chinese lottery called Mochaena/Fahfee. As the holidays draw to a close, an anxious Boipelo devises a plan so that she can dream again and bring a smile to her forlorn grandmother’s face and, perhaps, have one last feeling of belonging before her life changes forever.