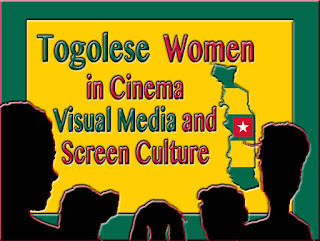 "I have always been interested in women's discourse, because I think it is an alternative discourse.  I have always treated my themes from the perspective of women."--Anne-Laure Folly Reimann

The creation of the Lomé-based African Film Festival of Women Filmmakers (Festival Africain des Films de Femmes Cinéastes (FAFFCI)) in 2018 offered an environment for the promotion and empowerment of Togolese women in cinema on a national level, thus providing a structure for the cultural work by women filmmakers that has spanned several decades. The first edition of the festival activities included conferences, panels, consciousness raising sessions, a contest of documentary and fiction films made by all-women film crews, and a Masterclass entitled: “Mentoring women filmmakers for the advancement of the industry.” Similar to other women's film festivals throughout the continent, the festival is an essential structure for networking and building environments for women's empowerment.

Since the 1990s international lawyer-filmmaker-activist Anne-Laure Folly-Reimann has been actively involved in the organization and development of African cinema culture at the continental and international levels. Sitou Ayité, critique, producer, scriptwriter and filmmaker, wears many hats in Togolese film culture. Since 2009 founder Christelle Aquéréburu is also director of the Togolese film school Ecran, laying the groundwork for the formation of a cadre of audio-visual professionals. Since 2010, Juliette Akouvi Founou oversees the many activities of the Association Togolaise du Cinéma Numérique Ambulant (ATCNA), as president of the digital mobile cinema association. In April 2021 ATCNA launched a call for candidates for a writing residency for short films targeting young francophone women creatives-filmmakers, under the theme "The Woman in Contemporary Africa. This initiative reinforces the long-standing objective of African women stakeholders in cinema: to empower women through training and mentoring.

Author-filmmaker Gentille M. Assih's film Into the Light, about domestic violence, highlights the liberating life stories of Quebecois women of West African origin. Berlin-based German-Togolese Ines Johnson Spain focuses her camera on her personal story. In Becoming Black a girl discovers her true identity, that of a mixed race adolescent.

In addition to an interest in producing realistic stories about everyday African experiences to present to the African public, Angela Aquéréburu wants also to distribute her films more broadly in order to make them visible on the international scene. She explains in ForbesAfrica: "To make content exportable, you need a universal story, good actors, beautiful images, good music and to respect international broadcast codes.” She co-founded the Lomé-based Yobo Studios to provide original and exportable programs and bring a different perspective regarding Africa.

Jahëna Louisin, who holds a Masters in International Relations and Political Science, is a journalist reporter of the visual image for local production companies and international televisions and has lived in Togo since a child. Behind her camera, she immortalizes life stories drawing inspiration from daily life, both tender and harsh, to imagine human stories with universal appeal.

These Togolese women are among the growing cohort of filmmakers and film activist who contribute to the vibrancy of a cinema culture in the country.

Links to articles on the African Women in Cinema Blog: