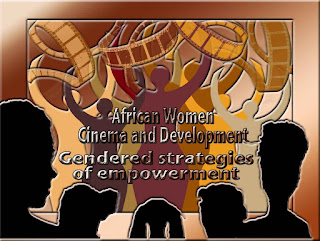 "How can we use the media to transmit information and to communicate so that people can acquire knowledge in all spheres of development?" Burkinabé Valerie Kaboré asked this question during our 1997 interview*. Her multiple duties as filmmaker, researcher in media and development and general director of the production company, Media 2000 highlights the enduring relevance of this inquiry.

In Valerie Kaboré's view, women as filmmakers may play a direct role towards this objective as each woman aims her camera towards the area of awareness-building contributing in her own way to the development of the continent.

Similarly, Chadian Zara Mahamat Yacoub* notes that promoting women's participation in the audiovisual sector, and communications in general, is critical to their ability to fully participate in the development process and in so doing, it offers an efficient means to facilitate women's development in society.

Also, the Africa Women Filmmakers Trust, created in 1992 by founding members Tendai Munawa, Rebecca Kapenzi and Chido Matewa, works to advance gender equality and justice through the use of information and communication technologies by facilitating content production and dissemination that supports girls, women and disadvantaged communities to take informed choices.

Kenyan Wajuhi Kamau* who produced video educational materials at the Film Production Department of the Educational Media Service of the Minister of Education, emphasised the effectiveness of the visual media as a means of educating people about a range of issues, from AIDS to family planning. Using both the documentary and drama presentations, the objective of the agency is to allow people to see themselves reflected in the images. Seeing a reflection of oneself, ones own situation, easily resonates, facilitating changes in attitude and behavior.

Hence, positive images of women in the media and equality in representation of women in policy-making positions in the African media have a direct impact on the overall empowerment of women.

Following is a selection of articles from the African Women in Cinema Blog highlighting gender, visual media and development initiatives, many of which focus on the topics of women and empowerment, calling attention to economic, social and cultural development from the perspective of women.

"Gender and Media in Africa" Africa Media Review: Call for papers for a Special Issue
https://africanwomenincinema.blogspot.com/2012/02/gender-and-media-in-africa-africa-media.html

A Call to Action: UN Themes and African Women in Cinema
https://africanwomenincinema.blogspot.com/2009/11/call-to-action-un-themes-and-african.html


*Interviews from Sisters of the Screen: Women of Africa on Film, Video and Television. Africa World Press, 2000.
Posted by Beti Ellerson at 11:41