RECENT FILMS - Mai Mustafa Ekhou : It's not over yet (Mauritania) 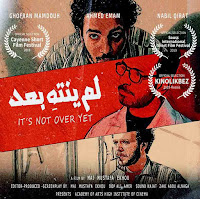 "Hell is the others," Sartre says.In a mental hospital in a country, a doctor tests the relationship of two patients with the outside world and their mental health.