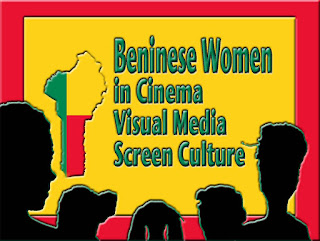 Since the 1980s women have held prominent positions in the audiovisual industry in Benin: Michèle Badarou was the first woman director of the national television in 1982. In addition, she was project manager with the Minister of Culture and Communications, director of the audiovisual press at the Ministry of Culture and Communications, notably responsible for the implementation of government policies on informational matters in the public service media, presenter of television news and also producer of television documentaries. Moreover, Gisèle Adissoda was the first woman to hold the post of president of the Association of African Communication Professionals in the late 1980s. In addition, she was the guest of honor at the 4th edition of the Rencontres intergénérationnelles des médias in 2019. In 2016, Jemima Catrayè, was nominated as director of the national television. Until 2015, Rosalie Ndah served as the president of CNA Afrique (Cinéma Numérique Ambulant).

The film festival structure is also a means to cultivate Beninese cinema culture and women are also at the forefront. Christiane Chabi-Kao is president of Festival Langunimages based in Cotonou, created in 1997 by Belgium-Congolese Monique Mbeka Phoba, who was living in Benin at the time. The festival organizes free film and documentary screenings for the public, in cinema houses or in outdoor venues. The festival also organizes workshops and training sessions for audio-visual professionals (directors, producers, technicians, etc.); during the off-year of the festival, screenings are held in schools and hospitals.

French-Beninese Farah Clémentine Dramani Issifou, founder of BeninDocs Festival International du Premier Film Documentaire (International Film Festival of the First Documentary Film), observes that at the same time there is an emergence of a new generation of documentarians on the continent, their films are still rarely disseminated in Africa or in the West. Hence, the creation of the Festival, the first biennale dedicated to the debut films of young auteurs/directors on the African continent, has as objective to encourage this emerging talent through collaboration on local and international levels.

Similarly, Elvire Adjamonsi, founder and organizer of Africourt Festival of Benin, whose focus is on film shorts, has several objectives for the event: to contribute to the establishment of a film industry in Benin; to permit emerging filmmakers to become familiar with the profession by making short films; to establish a network for the exchange of knowledge and culture; to develop basic skills and practices for emerging filmmakers by writing short film scripts as a stepping stone to refining the quality of feature films.

The first edition of the International Women's Film Festival dedicated to women, held in Cotonou from 13 to 17 September 2019, was organized by the Association "ÉcranBénin" and initiated by Beninese director and blogger Cornélia Glèlè. The aim of the International Women's Film Festival of Cotonou is to highlight and promote the works of African women filmmakers. Introducing the first edition under the theme "when cinema addresses violence against women", a master class  featured Carole Lokossou who  discussed the topic on representations of violence against women in cinema.

The study "La féminisation du métier de journalisme au Bénin de 1957 à nos jours" by Alphonse Da Silva and Rogatien M. Tossou (2015) traces the evolution of women professionals in the media--print, radio and audiovisual, noting both the early presence of women in the higher echelons of the field of communication, but also the enduring tendencies that continue to serve as impediments to their being successfully integrated. Nonetheless, the growing cadre of women professionals contributing to Beninese screen culture is increasingly visible.

Following are articles published in the African Women in Cinema Blog:

Rosalie Ndah, president of CNA Afrique talks about the CNA tribute to women at Fespaco 2013
https://africanwomenincinema.blogspot.com/2013/02/rosalie-ndah-president-of-cna-afrique.html

Email ThisBlogThis!Share to TwitterShare to FacebookShare to Pinterest
Labels: Benin