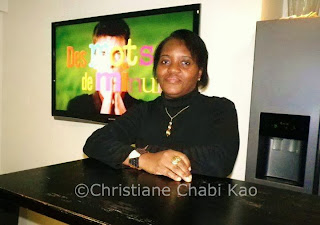 Christiane Chabi Kao, director/producer from Benin, is the president of Festival Lagunimages, which will open its 7th edition from 05 to 08 December 2013 in Cotonou.

Christiane, you are president of Festival Langunimages. Talk a bit about yourself.

I am Christiane Chabi Kao director and producer from Benin. I directed a 52-minute documentary in 2005 entitled Les enfants esclaves. In 2007 I produced and directed a feature entitled Les inseparables, which won the Africa Numérique award at Vues d'Afrique in Montréal, as well as the Human Rights Special Prize at Fespaco. Presently, I am preparing the premier season of a 20 x 26 series, entitled "Les Chenapans". I received funding for it from the OIF (International Organisation of the Francophonie), but the budget is not yet complete so I am looking for additional backing. The pilot is already complete as well as the storyboard for certain episodes.

Festival Langunimages has become an important event in Benin. What is the festival’s history?
The Festival Lagunimages was created by Monique Mbeka Phoba in 2000. In 1997, as she had to return to Belgium, she created an association of which I am president. The festival is a biennial that organises free film and documentary screenings for the public which are shown in cinema houses or in outdoor venues. The association also organises workshops and training sessions for audio-visual professionals (directors, producers, technicians, etc.). During the year between festivals there are screenings in schools and hospitals.

A conversation with Christiane Chabi Kao and Beti Ellerson, November 2013.

The Theme of the Festival: CINEMA AND URBAN CULTURES 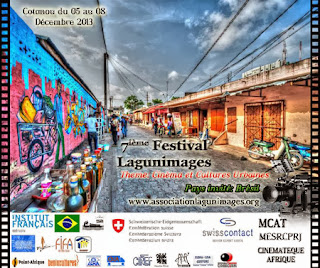 In 2050, more than a billion Africans will be urban dwellers. This rapid urbanisation is a phenomenon that sociologists have named “Homo Urbanus”.

The city in general, and the African city in particular, is a wonderful melting pot of cultural mixing. It is also the favourite site of expression for youth who are exploring new ways to assert their identity.

In addition to the regular sections of Lagunimages from 05 to 08 December 2013: screenings, workshops and professional meetings, this edition has created a platform specific to Urban Cultures.

The theme “CINEMA AND URBAN CULTURES URBAINES”, has as objective to introduce the festival goers to the new languages of the city.

The physical and audiovisual encounters will be articulated around artistic expressions such as rap (for music), slam (for spoken word), graffiti (for painting), the flash mob d’azonto and Capoeira demonstrations (for dance), and the Urban Dress Code (for fashion).