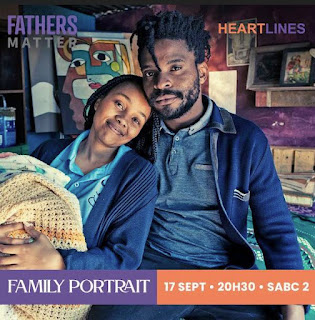 “I know how it feels not to have a father. My contribution is to allow the narrative to transform to each cast member to apply honesty to all those emotions in a visual form.”

Twiggy Matiwana is the director of Family Portrait, one of the films in the Heartlines Fathers Matter film series. She has won international awards for her work and is adept at both long and short film direction. She believes that this film series has an important message for South Africa.

The six Heartlines Fathers Matter films will be aired weekly on SABC 2 at 8:30pm every Saturday, starting from 17 September 2022.