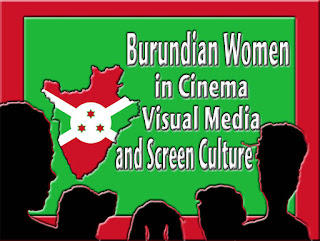 Since the 1990s there has been a current of cinema-related activities by Burundi women. Sham-Jeanne Hakizimana, who headed the television programs at the National Radio and Television of Burundi, produced the documentary film, Une Burundaise aujourd'hui in 1991. Similarly, Diane Kanéza, who completed her studies in Communication Sciences and Audiovisual Design, joined the National Television of Burundi as director and TV presenter in 2006. In addition she is professor of courses in documentary and fiction production in the department of Communication Sciences and Audiovisual Design at the Université Lumière de Bujumbura. Diane Kanéza is also president of the Film and Audiovisual Professionals of Burundi Collective, a post she has held since 2018.

Women’s presence is especially visible in various organizational positions at FESTICAB, Festival International du Cinéma et de l'Audio-Visuel du Burundi, currently helmed by Francine Munyana. The dominance of women in the festival organization administration--as director of communication, festival programmer, communications manager, public relations manager, communications director--attest to their growing visibility in the film industry. Several of the past and present festival cultural workers include, Ancilla Nigaba, Rachel Opota, Mireille Niyonsaba, Nadège Simbizi, Francine Munyana, Inez Ineza, Ancilla Nigaba, Ginette Karirekinyana, Issola Iradukunda, Glicyne Ntirampeba, Larissa Ndayiragije--some of whom are also filmmakers. Moreover, Burundian filmmaker and director Floriane Kaneza, based in Rwanda since 2015, is the director of the Rwandan Mashariki African Film Festival. She began her career as a actress for the theatre, cinema and television--in TV series for the Burundi National Radio and TV. She trained in film production and directing at Itulive Media and Communications in 2012 and in 2013, along with other partners, created Itulive Actors' Agency, where she served as director. As evident from the above, the leadership practices of women in organizational structures follow a long trend throughout the history of African cinema organization.

Annie Bernice Nikuze put the spotlight on Burundian women artists in her 2017 documentary “La femme Burundaise dans l’art”, at the same time promoting art and culture in Burundi, the film showcases the important role that women perform within these sectors of society. Moreover, the film attests to the enduring place of African women in society in general, in the arts, and, in cinema.

Following are articles published in the African Women in Cinema Blog