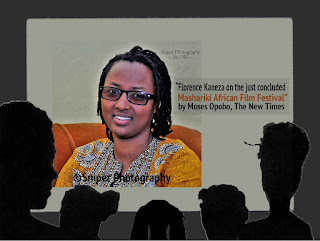 Burundian filmmaker and director Floriane Kaneza, based in Rwanda since 2015, is the director of the Rwandan Mashariki African Film Festival. She began her career as a actress for the theatre, cinema and television--in TV series for the Burundi National Radio and TV. She trained in film production and directing at Itulive Media and Communications in 2012 and  and 2013, along with other partners, created Itulive Actors' Agency where she served as director.