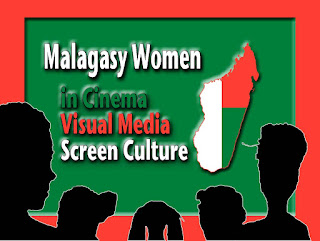 Malagasy women are making important contributions to African world cinema in Madagascar and from their diasporic locations. Franco-Malagasy producer/filmmaker Marie-Clémence Paés, perhaps the most widely known, created the French-based independent production and distribution company Laterit Productions with her Brazilian husband Cesar Paes, in 1988, in order to make films to promote deeper understanding between cultures. Her first film as director, Fahavalo, Madagascar 1947, traces the Malagasy resistance against the French, through the voices of participants and survivors.

Voahirana Barnoud-Razakamanantsoa serves as president of the French-based Africultures association, whose objective is to document and critique contemporary African and diasporic cultural expressions. In 2015 she conducted a writing workshop for journalist at the Rencontres du Film Court-RFC (Short Film Festival) in Madagascar, during which she trained a team of editors, the “RFC amazons” who covered the ten-day festival and published their stories in the VAOVAO, the daily festival newsletter.

Journalist and film critic Domoina Ratsara who is based in Antananarivo, aims to cultivate a culture of film criticism in Madagascar thus contributing to the valorization of local knowledge. In 2012 she cofounded Sorakanto, the association of cultural journalists of Madagascar. Moreover, she facilitated the film criticism workshop at the Rencontres de film court (RFC) in 2018, organized by the film revue Awotele, where she is also a journalist. She co-founded the Association des Critiques Cinématographiques de Madagascar (ACCM) and serves as its president. Hence, since 2006 a Malagasy film culture is re-emerging with the creation of Rencontres du film court International Film Festival, setting the basis for the cultivation of a local film culture. Women’s presence is especially visible in various organizational positions.

Canada-based Tiana Rafidy began her career as a model and later developed a passion for dancing. Her career took another turn when she played the heroine in the cult series Revy sa Ditra, the first Malagasy television series which ran for four years. Afterwards, she hosted several television programs and acted in a variety of films. After professional development in France and Canada, Tiana Rafidy accepted the challenge of writing and directing her own film, Lorety sy Mardy released in 2008.  Firoza Zahir Houssen has directed two films, Tetirano (2015) and Maux d’Elles (2017).

Following is a growing list of Malagasy women in cinema, visual media and screen culture who work in the myriad sectors of film culture:

Malagasy Women in  Cinema, Visual Media and Screen Culture on the African Women in Cinema Blog

Marie-Clémence Paes: “there are treasures that are transmitted from generation to generation by word of mouth”
https://africanwomenincinema.blogspot.com/2012/12/marie-clemence-paes-there-are-treasures.html

Email ThisBlogThis!Share to TwitterShare to FacebookShare to Pinterest
Labels: Madagascar