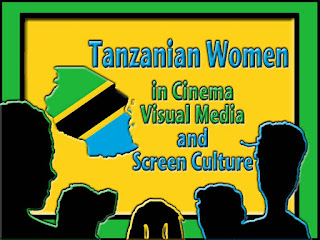 Scholar Mona Ngusekela Mwakalinga asserts that women have always been part of the film industry and have played an important role in the image-making process in Tanzania.

A case in point: the cinema advocacy of Flora Mmbugu-Schelling. Like African filmmakers in general, Flora Mmbugu-Schelling's approach to African cinema is multiple, where she takes on not only filmmaking, but also the advocacy role that is an essential part of the process. In 1986, she created the company, Shoga Womyn Films, whose aim was to develop an awareness of African cinema, its aesthetics, as well as the representation of African images and culture in film, especially as it relates to women. The objectives of Shoga Womyn Films as stated in its brochure are; to produce and distribute African films and films made by women or about women from all over the world; to show for the purpose of entertainment or education African films or films by women or about women; to operate a literary and film club with the intention of conducting discourse on films and pertinent matters concerning African cinema. Her filmography includes: Kumekucha (From Sun Up) 1987, These Hands, 1992, Shida and Matazito, 1993. She was active as a filmmaker during the late 1980s to the mid-1990s, and while her cinema-related activities in the country have been less visible in the decades since, other women have taken the torch.

Beatrix Mugishagwe is the founding chairperson of the Tanzanian Association of Independent Producers and co-founder of the Tanzanian Screenwriters Forum. Her documentary project Unsung Heroines puts a spotlight on women and leadership throughout the African continent. She had this to say about why she undertook the project:

People on the continent of Africa today continue to survive because of women: if there are no women who till the land for food, fetch water, collect firewood, bear children, run the market stalls, the continent would have long perished given its history.Yet when you look in the top decision-making positions of governments, companies and the likes throughout the African continent women hardly feature therein. Is it a wonder then that a young African girl looks around for a role model and all she sees are men and if women then non-African?

Seko Shamte Tingitana, film producer, writer and director, is co-founder and head of programming of East Africa Television. In 2008 she created Alkemist Media in order to address the lack of relevant and high-quality content on local Tanzanian television stations and the underrepresentation of Tanzania and Tanzanians on international screens. (Source: alkemistmedia.com)

Like many other African women cineastes located within transnational positionalities, their filmmaking practices are diasporic and "glocal" demonstrating, a blurred frontier between birthland and ancestral/parental homeland.

Tanzanian-American Ekwa Msangi belongs to a growing cohort of American/African first-gen filmmakers born or raised outside of the parents’ homeland telling stories about their hybrid experiences, dual identities, relationship with their birth/adopted home and their parents homeland. She is, in fact, part of a cohort of “third culture individuals”. She was born in Kenyan to Tanzanian parents and is now based in the United States. She finds that her Tanzanian-ness becomes evident in the details of her story while her "American-ness" is revealed by her aesthetic choices relating to acting and the camera.

Similarly, filmmaker Eliaichi Kimaro, a first-generation American of a Tanzanian father and Korean mother, tells a personal history tracing her Tanzanian roots in A Lot Like You. Upon retirement, her father returns to Tanzania; she follows him with her camera discovering a side of the family she knew little about.

As I have noted often in discussions regarding African women and film festival practices, an important function of the event is its capacity to showcase on a local, continental and international level, the works of African women, and to serve as a networking space to professionalize their experiences as stakeholders on the global film festival landscape.

The Women’s Panorama, a feature of the Zanzibar International Film Festival, ZIFF, is designed expressly for the women of Zanzibar. The event includes film screenings with discussions and debates around the themes addressed in the films. The objective of the Women’s Panorama is to establish the visibility of women in cinema, media and the arts in a positive light, as well as a means of education and self-expression. In 2017, ZIFF created the Adiaha Award for Best African Female Documentary Filmmaker, a new special jury award category open specifically to women documentary filmmakers from Africa. Hence, the festival’s commitment to women’s empowerment in cinema is demonstrated with tangible actions.

Similarly, African Women Arts & Film Festival (AWAFFEST), launched in 2018 is a platform to appreciate arts and stories of African women; to celebrate female film practitioners; and to empower aspiring artists. AWAFFEST is held in March to celebrate the International Women’s Month.

Mona Ngusekela Mwakalinga, whose doctoral studies examined the political economy of the film industry in Tanzania, stands alongside an increasingly visible cohort of African woman scholars in cinema, indicative of the growing number of women who are contributing to African cinematic knowledge production. In addition to her above assertion in the introduction regarding women's historical role in Tanzanian cinema culture, her findings show that Tanzania, like Nigeria, Ghana and Kenya, is positioning itself to play a role in the video film phenomenon that is sweeping the continent.

Eliaichi Kimaro: Tracing her Tanzanian roots in "A Lot Like You"
https://africanwomenincinema.blogspot.com/2012/08/eliaichi-kimaro-tracing-her-tanzanian.html