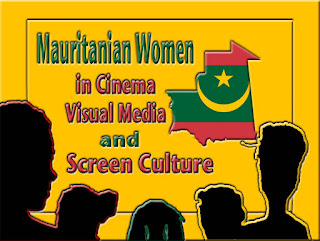 What prompted me to act was the courage and dedication of these brave women, who have children to feed and educate, and the elder to care for. And despite all of this, they work hard to meet the multiple needs of all these people. While at the same time, most of them are either divorced or married to men looking for work. [These women are extraordinary]… I wanted to show their role in the successful execution of family and society, because everything revolves around them. I wanted others to know about them and to support them--Mariem mint Beyrouk*

Mauritanian filmmaker Mariem mint Beyrouk, considered a pioneer in the field of visual media in her country, received her training in France, Tunisia and Syria after which she joined the newly created Mauritanian television (TVM) in 1982. She founded the Association of Mauritanian Women of the Image in 2009, which brings together women in technical and artistic fields in the visual media. Several initiatives have been dedicated to showcasing women’s works, such as “Femmes et Cinéma en Mauritanie” (Women and Cinema in Mauritania) an event held in Nouakchott in 2011, highlighting films that focus on politics, the environment and social development. One of the main objectives of the Association is to raise women’s consciousness through the visual media, about health issues, women in general, mother-infant health, the excision of girls, marriage of adolescent girls, among other issues.

Mai Mustafa Ekhou, born in Nouakchott, has worked as a photographer since 2011 and has contributed to international and Arab competitions and exhibitions. She entered the world of filmmaking in 2012 and worked as an actress, assistant director, director and independent director films.

Amal Saadbouh, who began directing in 2017, has won the best film award for two consecutive years at the 2017 and 2018 Nouakchott International Film Festival. Her work has also been presented internationally. Moreover, she is a member of the Union mauritanienne des jeunes cinéastes (Mauritanian Union of Young Filmmakers) and l'Académie El Mahrousa des médias (the El Mahrousa Academy of Media).

As Meya Moustapha was recognized for her creativity by the Egyptian Ministry of Youth and Sports, in collaboration with the African Union Commission, for her film in progress "Lem Yentehi Baad", the Egyptian minister highlighted the importance in recognizing young African talent as an example of the capabilities that the continent holds.

Hence, echoing the vision of Mariem mint Beyrou, to show the empowering role that African women hold for society, the continent, and the world.

Following are articles published in the African Women in Cinema Blog: