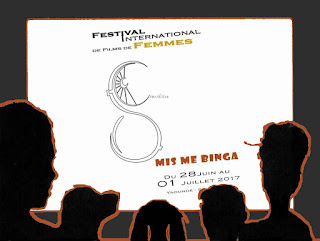 Mis Me Binga 2017: “Women's cinema celebrated in Cameroon for the 8th time” by Pélagie Ng'onana, Africiné, 26/06/2017. Translation from French by Beti Ellerson. (An African Women in Cinema Blog/Africiné collaboration).

The International Women's Film Festival opens on 28 June in Yaoundé. For three days, the 24 films selected for this 8th edition of Mis Me Binga are presented to the public. "Three days of cinema" as it is called by the team who initiated the project in 2010, and led by filmmaker Narcisse Wandji (Walls, 2016) and producer Evodie Ngueyeli, is driven by the challenge of energising the local culture scene with the magic of cinema.

According to the organisation, this year's programming is a consistent representation of African women's production. This is certainly the case of Fruitless Tree by Aïcha Macky of Niger, the opening film. The 52-minute documentary addresses the hidden torment of women suffering from infertility. The film was in the official selection at the last Fespaco [2017], and has also won several prizes, including the Africa Movie Academy Awards for Best Documentary in 2016. The public will also be able to appreciate Cameroonian Chantal Youdom's Rêve corrompu (Corrupted Dream), El Dorado by her compatriot Agnès Yougang, Le crayon (The Pencil) by Adjaratou Ouédraogo of Burkina Faso and L’Absence by Hawa Ndiaye from Mali.

Cameroon leads the list of selected films, followed by Niger with three films and Burkina Faso with two. Mali, DRC, Côte d'Ivoire, Togo and Algeria each have one film. While the official selection covers mainly Central and West Africa, the team of Mis Me Binga is nevertheless pleased. However, this collection is far from a representation of "all the wonders of the cinemas of Africa" ​​as this 8th edition claims. A detail that nevertheless does not undermine the importance of the event: to move the spectators, to allow them to experience a range of emotions through their encounter with recent cinematographic works. "The importance of these films and the very reason for their existence is to give them visibility, to be able to provide elements for reflection, criticism and, why not, simply for entertainment," emphasises Evodie Ngueyeli.

From its inception Mis Me Binga ("The eyes of women" in the Ewondo language of Cameroon) took on the role of advocate to promote the woman’s perspective in the universe of the 7th art. But since the last three years, the festival has opened a window to films made by men, with themes supporting the cause of women. Although ultimately, in terms of numbers, the works by men are equal to those by women. They include The Digger by Nabe Daone, Royal Team Family by Abdel Aziz Zra, both from Cameroon; Le Jardin d'Akoua (The Garden of Akoua) by Marcelin Bossou from Togo, and the Algerian Mohamed Yargui with his film Je te promets (I promise you). This year's competition includes feature films. The two juries, for feature and for short, will discern the awards for these films, which will be announced on July 1st during the closing ceremony. 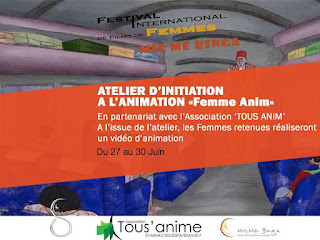 Eight years later, Mis Me Binga, which ranks as the second most important festival in Cameroon (after Écrans Noirs, which takes place in July), has seen results: about 2,000 films have been screened, 10,000 visitors and 35 women trained in screenwriting, marketing and film production. This edition proposes, throughout the three days, an initiation to film animation workshop.