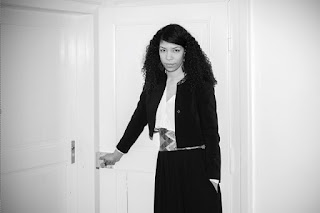 Franco-Burkinabe journalist, Claire Diao is a member of the Association of Film Critics of Burkina Faso and the African Federation of Film Critics. Specialist of cinema in Africa, she has among others, collaborated with Le Monde Afrique, Canal + Afrique, Courrier International and is founder of the digital magazine Awotélé. She organised the "New territory: being a woman filmmaker in Africa," at the Fribourg International Festival 2016.

swissinfo.ch: The first African women filmmakers began in the 70s. Who were these pioneers?

Claire Diao: Sambizanga often is considered the first film directed by an African filmmaker. Presented at the Carthage Film Festival in 1973, it focuses on the Angolan war of independence. In reality, it was filmed by the Frenchwoman Sarah Maldoror. Another cult film is Peasant Letter by the Senegalese Safi Faye, which was selected at Cannes in 1975. Unfortunately, we could not find a copy of this film and hence were not able to present it to the audience. The film deals with the economic problems of rural regions, and this exodus continues still today.

swissinfo.ch: Can one actually speak of a woman’s cinema? Is there a specific genre?

C.D.: Honestly, I like to see a film without knowing who directed it because too often we are conditioned by preconceptions. Sometimes we are even surprised to discover that a man rather than a woman made a certain film, and this leads us to question our perception of a gendered sensibility.

I am personally convinced that sensibility has no gender! There are very hard films made by women and other more tender films directed by men. And besides, it is often the latter who reproduce these stereotypes by emphasising the sensitivity and emotionality of a film considered feminine.

swissinfo.ch: Are there not nonetheless themes that are more specific to women directors?

C.D.: In recent years, I have been especially surprised by the manner in which African filmmakers represent women. I get the impression that there is an overdose of films about prostitutes, often mixed-race. How is this possible? The woman is portrayed as either a mother or a sister or as a prostitute. I find it a bit pathetic and I have a difficult time understanding this trend. To believe that the directors are not aware of the message they convey.

I notice that the only difference between men and women is the fact that the latter go beyond the clichés. They try to represent a diversity of women and to highlight their strength. I am thinking in particular of Le Challat de Tunis by Kaouther Ben Hania, a film that looks at the machismo of Tunisian society from the urban legend of a man who slashes women’s buttock with a razor blade.

swissinfo.ch: In still-existing patriarchal societies that are not always democratic, do women cineastes risk even more when they dare to challenge the rules and values?

C.D.: We must not forget that cinema is still worrisome for many African governments as it allows a collective awareness. Take literature for example, in countries where the illiteracy rate is high, it is primarily the intellectuals who are the most easily able to be “isolated”. On the contrary, a film can affect a whole population and risk seeing them become awakened. In this context, the risk for women is even greater when they question society and this is true not only for filmmakers but also for actresses.

Thus, in 2015, the Moroccan actress Lubna Abidar was humiliated and assaulted for her role in "Much Loved," a film about prostitution in Marrakech [censored in Morocco]. The reason being that the film by Nabil Ayouch shows an image of this country that nobody wants to talk about, even though it is a reality. In Africa, the relationship with the image is problematic. The public makes no distinction between an actress and the character that she plays.

swissinfo.ch: This is also because women are still seen as the "daughter of someone" or the "wife of somebody." The reputation of the family is at stake...

C.D.: Indeed! The perception and judgment of others is fundamental in Africa. A woman may succeed in convincing her husband or parents of the importance of her work as a filmmaker or actor but she must always consider the rest of the family, the neighborhood, the city or even the country.

The concept is simple: "You are my wife, my daughter, my niece ... your image is mine!" And she may also face another obstacle: once a woman has a family, she has difficulty pursuing a filmmaking career for instance, since gender relations are far from being equal.

swissinfo.ch: Given such difficulties, is there a tendency of self-censorship among women?

C.D.: I don’t think so. I think women filmmakers have one thing in common: they courageously undertake the need to express themselves through film. The mere fact of taking a camera in hand or recounting means to continue the struggle, even within the family. Self-censorship disappears in part and it is not a small matter!