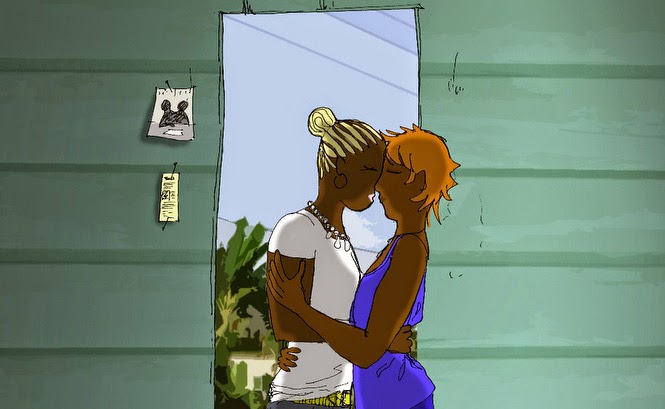 The 16 Days of Activism against Gender-Based Violence Campaign of QAYN 2014 (Queer African Youth Network) had as objective to provide visibility on the forms of gender violence against lesbians, bisexuals, queer women, and women who have sex with women (LBQFSF) in order to promote awareness of these types of violence as an integral part of violence against all women. Under the theme, 16 Voices, 16 Experiences, the queer women of West Africa and Cameroon talked about this violence; this campaign endeavoured to share personal experiences of women who have been victims of violence because of their sexual orientation and gender identity.

From 24 November to 10 December 2014, QAYN published an audio testimony each day of the campaign, from a lesbian, bisexual, queer or woman who has sex with women—from Benin, Burkina Faso, Cameroon, Senegal and Togo. The women shared their experience with violence based on sexual orientation and/or gender identity.

Through this first campaign, QAYN’s objective was to make visible the violence against women LBQFSF in order to generate a collective commitment to protecting the rights of all women, regardless of their sexual orientation and gender identity.

• Addis- Credo Ahodi is a young activist Benin and a graduate in Communication from the National University of Benin. Benin-based researcher of the 16 Days Campaign and Secretary General of the Association of Women Sapphists (AFRO-BENIN), she is engaged in the fight against STDs, HIV/AIDS and for the promotion of women's rights in general and sapphists in particular.

• Anne Marie Manga is a Cameroonian activist living in Yaoundé, where she coordinates the Gender Unit of Humanity First Cameroon, an association for the prevention of STDs/AIDS and for the defense of LGBT rights. A trained psychologist and researcher on the subject of gender-related identity, she headed a community-level research project entitled: Social Pressures and Identity construction, a case study of women who have sex with women (FSF) of Yaounde.

• Pegguy is a young 23 year-old Cameroonian student of Bioinformatics Biostatistics Level III. “Co-founder of the Lesbians of Cameroon, today ELLES and working daily with MSM, I began to feel the need to give particular attention to the LBT cause in order to bring together and unify this community that is not very visible, in the existing community associations. I decided to incorporate these communication strategies to defend this common cause. We did no wrong by having a different sexual orientation than other people who think they are legitimate. I decided to commit myself because nobody else would come to defend our rights and allow us to live without prejudice in our various societies.

• Xonanji, Franco-Cameroonian, has a passion for the image. She is both an illustrator and designer-architect and her skills extend to web design. Activist, she is involved in daily political and community life.

• CHOUF is a Tunisian LBT organisation consisting of people who are experts in the audio-visual, print, media, as well as legal fields. CHOUF aims to promote the rights of FSF persons in Tunisia, a country where homosexuality is still considered a crime penalised by imprisonment of up to 3 years.

• Kalfou Danje, of Guadeloupe, lives in France. He is a filmmaker and audio and video editor. He regularly participates in activist radio programs as well as mixing for musical projects. In addition, he is an activist and artist in several areas: music, literature and photography.

Mariam, Founder and Coordinator of the Network 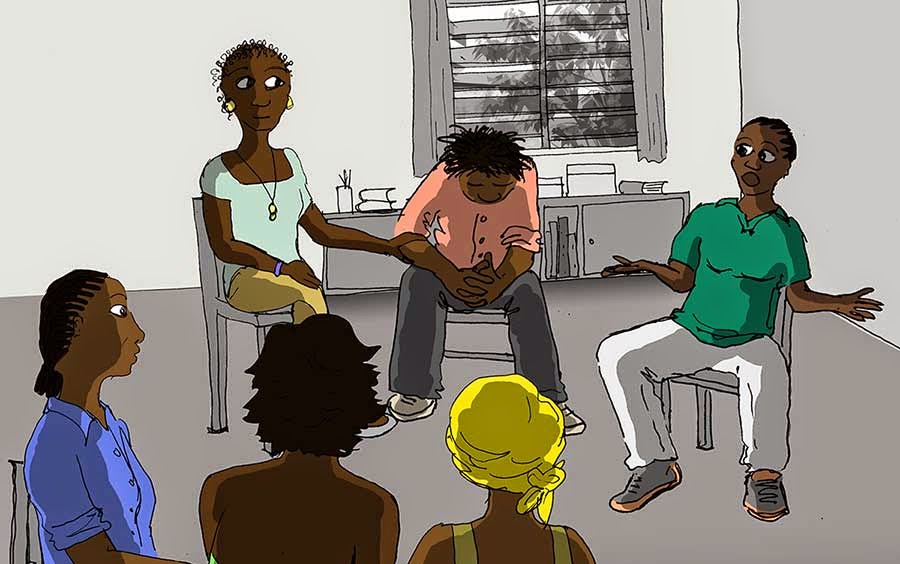 Since November 24, the QAYN association has published daily testimonies of lesbian, bi and queer women, or those who have sex with women living in Benin, Burkina Faso, Cameroon, Senegal and Togo. Confronted with violence because of their sexual orientation, each recounts the rejection of their family, or the harassment that they face in the street or at school. The association publishes these 16 stories, illustrated by Xonanji, and transcribed by the Tunisian Association CHOUF. In addition, an audio version to available to listen to their testimonies.

"I had my first experience within the family unit with my dad, my mom, when the gossip began, when the stories started coming, people began to talk, people told them that their daughter was a lesbian, that their daughter spent her time with lesbians", says Renee, a 24-year-old Cameroonian. "There were girls in the city who were recognized as such and as soon as I was seen with them, I was labelled a lesbian. My dad scolded me, he abused me verbally and physically and told me he did not want to see me with these kinds of girls, he did not want me to spend time with them and that he wanted this gossip to stop, otherwise he would make it happen."

16 VOICES 16 EXPERIENCES: In Togo by Qayn on Mixcloud
Renee (Cameroon) says that it is difficult to find support because homophobic remarks often come from within ones entourage. "The ones who are the closest label us because they know us, they notice what we wear, our clothes. And sometimes it also comes from a stranger in a group when they see the way we are dressed, how we walk or when in front of a group we are said to be this or that, they impose certain labels on us. Even saying things aloud knowing that you cannot defend yourself."

16 VOICES 16 EXPERIENCES: In (Togo) by Qayn on Mixcloud
Domi, a 33 year-old Burkinabé who defines herself as lesbian, says that in her experience the failure to meet a certain physical type exposes one to the risk of being stigmatised, "For me there is a gendered violence which is based on the idea that a person with a certain personality type does not meet the expectations of her or his society or community. It can be a man who does not act in a manner that is expected of him and is thus branded, frowned upon, automatically categorised. The same with a woman who does not fit within the norm, who does not meet certain standards, she is immediately stigmatised.

Frieda Ekotto: For an endogenous critique of representations of African lesbian identity in visual culture and literature