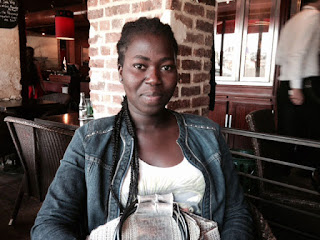 Not able to obtain a filming permit from the colonial authorities to make a film in Senegal, the pioneer filmmaker, and who would become the founding father of African film criticism and theory, decided to shoot the film in Paris, hence the film title, Afrique sur Seine (Africa on the Seine), which recounts the experiences of African students in Paris in the 1950s. Posing questions of identity, of the notion of “home”: Is Africa also on the banks of the Seine? Or in the Latin Quarter? (home of the historic Sorbonne), the film attempted to probe the bittersweet issues of a generation of artists and students in search of their civilization, their culture, their future. (Text adapted from film synopsis).

Through voiceoff, Ndèye Marame Guèye, of the third generation of African filmmakers, has an imaginary dialogue with Paulin Soumanou Vieyra, posing many of these same questions from the perspective of a young, contemporary Senegalese student regarding a France of 2015. She asks: “For the French children of immigrants, these children of the second generation, these children of the banlieues, what does France mean to them today?”

My Dear Soumanou, by pure chance my journey to Paris leads me to you. Today I am here at the same school, on the same bench, though undoubtedly without the same pioneering spirit that you had. Sixty years ago you made a film that is considered one of the first by an African, Afrique sur Seine. You were obliged to make the film in France because the colonisers at the time prohibited Africans from making their own image in their own territories. However, their own compatriots were allowed “to film Africans as if they were insects” (1)

You came to learn how to better “join wood to wood” and you searched for your Africa from afar in the waters of the Seine, the Seine, as the Niger and Senegal Rivers or still that of the St. Louis River, which rinsed the impurities of my childhood.

I open my path as you did 60 years ago, a path that will lead me to other territories of cinema, such as those that you followed since Afrique sur Seine. It is amazing how coincidence plunges us into the same abyss of time, space, and history.

Paulin Soumanou, you said that Paris was the capital of the world, of Black Africa. You said that we were here in the city of promise, the centre of hope, of all hopes, a place where happiness and friendship floats in the wind. You spoke of the fruits of the earth shared by all. But this sharing is still inequitable.

Ndèye Marame Guèye speaking in Wolof subtitled in French: There are people who I wanted to film but they refused. They were afraid that the people at home may discover that they work in these types of jobs.”

Vendor speaking in Wolof subtitled in French: “As long as we are here we do what we can to get by. But upon returning home, when we talk about our job, the family belittles us that is why they do not want to be filmed. That bothers us a lot.

Woman speaking to Ndèye Marame Guèye in French: “This is not necessarily the place to come to. Yes, perhaps to study, to succeed academically and then leave.  Perhaps it is where you come from, because France is not a destination for the future. Someone like me who was born in France but is of foreign origins, it is difficult to find one’s home, one’s space. For us when in France “my country” is my ancestral homeland. But when I am in this homeland, “my country” is France.”

Ndèye Marame Guèye speaking to woman in French: “And who are you?”

Some of my brothers who came searching for a better tomorrow, told me that the ugliness of the Eiffel Tower betrayed them. To contemplate beauty in this hunk of metal brings them little, rather they prefer its shadow and to look for those who would like to buy a replica of it as a souvenir of Paris. Its shadow hides their misery but sometimes it portrays their suffering.

I remain convinced that France is a mere fairytale for black children. A myth that sparkles, while Africans look elsewhere, towards other horizons.

Here in Paris, I only breathe the air of time passing, accelerating, quicker and quicker. Here I am lost. In the midst of nowhere, but nonetheless lost.

Paulin Soumanou, contrary to you 60 years ago, your grandchildren are free to travel around Africa with their optical box. It is time for me to return home, "no matter how long a log stays in water, it doesn't become a crocodile." If for you Paris is the capital of the world, for me I want to dream of the day when Africa will be the capital of cinema. Beautiful images will have to be born again in the Sahara, images thought of by your grandchildren, an imagination born from the rivers of Africa, and not the waters of the Seine.

(1) Reference to Ousmane Sembene who made this accusation directly to Jean Rouch.