Jessie Chisi: Woman of the Year in Film Award 2015 (Zambia) 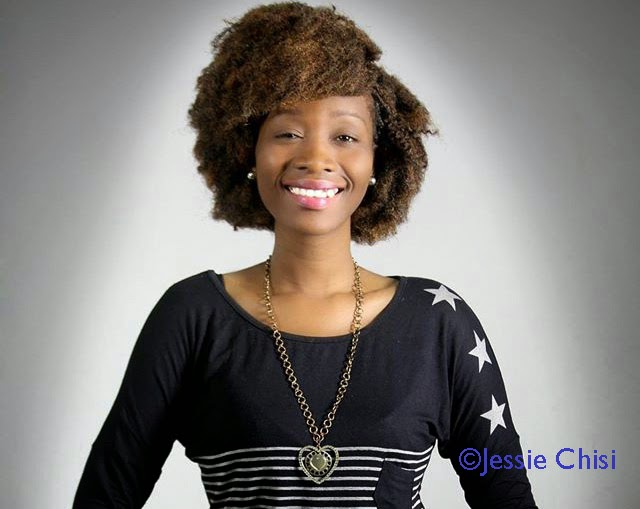 Jessie Chisi had this to say to Beti Ellerson on winning the Woman of the Year in Film Award:

The Women of the Year Awards were designed to honour women in their various fields, who have made a contribution in shaping Zambia. On 10 April 2015, the Hotel Inter-Continental Grand Ball Room was packed with such women, the kind who I have seen on television or read about in the press. Women who have done so well and yet very little has been known or said about them. As each and every woman’s profile was read, one marvelled at how much they all had achieved in their own right, it felt like one had just discovered gold and how deeply it shines.

I am very honoured to be recognised as Woman of the Year in Film. I thank God because he made me come this far. I certainly did not imagine in a million years this could happen to me at my young age. For the first time I am as shocked as the persons who were not yet convinced that I could actually succeed in my career. I was honoured amongst many other great women including the Honourable Inonge Wina, the first female vice president of Zambia, and also with two of my mentors, Dr. Tukiya K. Mabula, Deputy Governor at the Bank of Zambia, and the woman who taught me filmmaking Musola Cathrine Kaseketi. How cool can that be? Being honoured together with the women who you look up to? 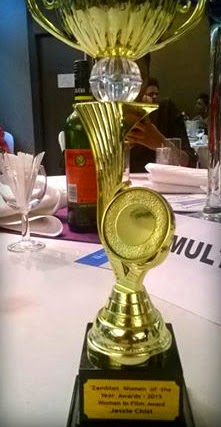 This award has come at the right time, to stir my drive even more and help me reach my desired goals. This award means a lot to me because it opens many possibilities for other young people and women. I think when young people like me are honoured; it inspires the nation and brings hope for others.

I now realise that persistence, consistency and simply being oneself garners immediate results towards one's success. Though my young career has had more setbacks than successes, there was never a day when I felt I should quit, and even in those short moments when I may have felt that way, I immediately returned to my goal. I do not regard myself as someone special or privileged. I do believe that whatever I have achieved to date has been a result of hard work, criticism and long hours of dreaming. Everyone must follow her or his intuition and talents and desire. The first sign of a successful career is to be at peace with whatever you are doing, with its thorns or roses. I have come to be confortable in what I do. It is a drive that does not seek attention but rather, it is a freedom of expression that cannot be marginalised by gender, culture or age.

Just to echo the voice of the founder of the Women of the Year Awards and Afro beats Karen Nakawela who said, “The first Women of the Year Awards, my dream to celebrate Zambian women, has come true and I am still dreaming. Let us do this every day, it is pointless to celebrate someone when they are dead. Let us show our women that we love them and appreciate their efforts. If we do not who will?” Also see links on the African Women in Cinema Blog: