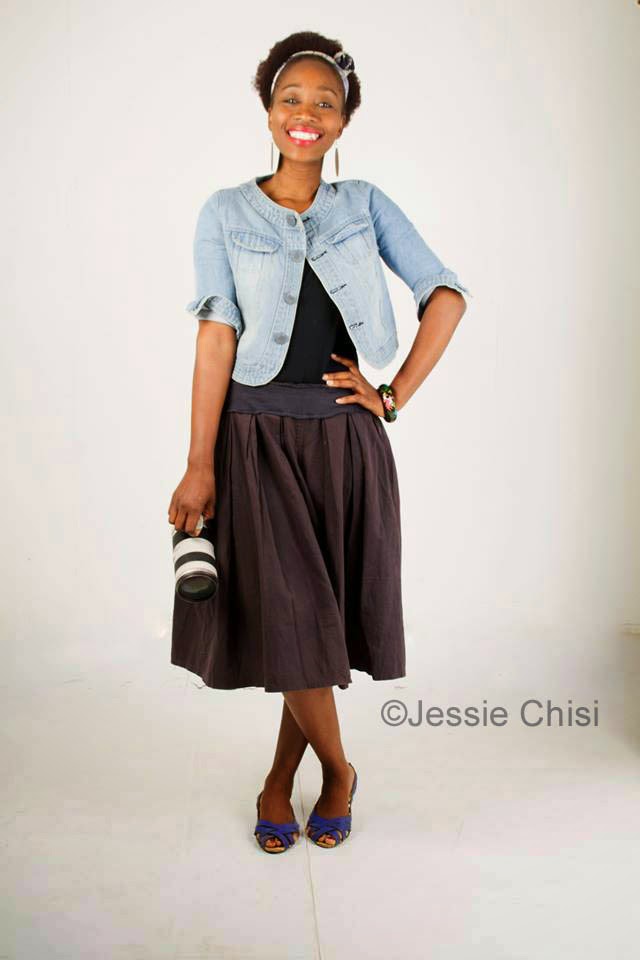 Jessie Chisi, who lives and works between Zambia and Finland, and is founder and director of the Zambia Short Film Festival, has recently completed the feature documentary, Between Rings: The Esther Phiri Story. She relates about her evolution and experiences in cinema.

Jessie what were your experiences with cinema while growing up in Zambia?

When I was growing up, cinema was like a luxury or fantasy, going there because it was a holiday or a special event in the family or as a reward for passing your exams.  Most of my childhood cinema memories were going to outdoor screenings that were set either in halls or under a plastic stall. I would often use money to pay for the entrance fee rather than for lunch. The films were always projected from a small screen but for me it was phenomenal, that excited me. I watched films such as Lion King, Chaplin and Good Fellas. One of the films that really left an impact on me was the South African apartheid story, Sarafina and stories like Shaka Zulu. I could relate to the pains and agonies of the people. Those stories were always with me.

You are an emerging filmmaker, what inspired you to want to make films and what has been your learning process, training?

I started writing stories when I was twelve years old. In school I always did well in literature and storytelling, those subjects were my comfort zone; I would shine with them. But what inspired me to be a filmmaker was the fact that no one believed me and I wanted to prove them wrong. Everyone thought that I was a dreamer--filmmaking was a very lonely path for me. Who talks about being a film director at the age of sixteen, and breaths and thinks cinema in a country where at that time the industry was non-existence, barely starting?

However I began the quest. I met the necessary people who inspired me. People like Cathrine Kaseketi who trained me for a long period; and also Sakafunya Chinyinka who was my mentor; he made me believe in myself. Filmmaking has been a process of inquiring, discovering, experiencing, developing and having fun. I started out as a continuity supervisor, which allowed me to grow, and it opened my eyes since I was constantly working close to the director on any given project. I worked on Karl Francis’ Hope Eternal as continuity supervisor, Cathrine Kaseketi’s Suwi, and Zambian Kitchen Party. As I was looking within to discover myself, I served under people who inspired and challenged me. To think ten years ago that I would have a film that is screened in a festival—it was a far-fetched dream.

You attended the Durban Talent Campus in 2009, what was that experience like?

This was an awesome experience. Actually it was from Durban that I really started believing in myself. I pitched a film for the first time and I made a very good impression. Though it was a project that I never got to make, in Durban I was able to meet talented people and well-established filmmakers, which was a breath of fresh air. I was very motivated, and from Durban I never looked back. I was very young then, outgoing and extremely ambitious, never believing in failure. Then in 2010 I was accepted at the Berlinale Talent Campus.

What did the Berlinale Talent Campus entail and what did you get from the experience?

It is a very competitive campus and I was selected with my project, Woman on Hold. It was among the 12 selected projects from over a thousand applicants.  At the Berlinale my project got the best pitch review and for the most promising film. I was more than humbled and I knew from then on that my journey to real professional filmmaking had begun. Being young, African and a woman, this industry is tough. I had to brace myself for challenges because I knew it would not get any easier; but I remained persistent, focused and consistent. Art is about consistency and managing your inner desires. In addition, while there I learned how the international markets work, and the question I always ask is “where is Africa in this? Can African cinema fit in? Can women filmmakers fit in? And my answer was yes. The world is slowly changing and it is embracing diversity: I strive to take my stories across the globe. So the experience for me in the campus was all about acquiring knowledge, networking and making lasting experiences.

Your film Between Rings co-directed with Salla Sorri is about your cousin who is a champion female boxer. Did you decide to focus on her in order to follow her training and progress leading up to the 2012 Olympics?

Time flies, and the film has changed a lot. Originally called Woman on hold, the film is now titled Between Rings: The Esther Phiri Story. It is a story about my cousin Esther Phiri, the first-ever Zambian female boxer who was torn between marriage and career because she could not have both worlds as one conflicted with the other. Again those kinds of situations disturb me, first as a human being and second as a woman. I was intrigued and started asking questions like "why shouldn’t she be able to if she loves it?"

Esther’s story is one of a woman who always puts her life on hold to achieve the other thing and always remains empty within herself. She gives up her love for boxing and gives up boxing for her independence.

You are now living in Finland, working there in film and visual media. What have been your experiences?

I actually have lived for the past 5 years 50% of the time in Zambia and 50% in Finland. My experience of having a torn life in two different countries has made me more aware of who I am as an artist. I went to Finland to train in filmmaking on a scholarship organized for local Zambian filmmakers. During my training there I made a 22-minute short called Every woman knows. Oh, please don’t ask me, “why another woman story”. I am always around women who protest that women should tell their own stories. This movie was more of my discovery stage. The following year I directed Goodbye, about a woman dying of cancer and her son is waiting to say goodbye and she wants lip gross because her lips are dry, however, the son misses the moment to say good bye but he puts the gloss on her lips anyway. Unborn is a story about a woman who has to make a very critical decision in her life. Between keeping her newly-promoted career or her unborn child. I am actually releasing a second version of a similar situation but this time to be set in Zambia. I am always fascinated about women and their decision-making; how we always have to give up one thing in order to have something else.

What has been the reactions of the Finnish public to your work?

Most of the Finnish who see my short films say that I have a melancholic Finnish way of storytelling. I suppose it is because I now know the culture there. I have studied the people. I have connected with Euphoria Boralise, a Finnish film association with whom I have been doing projects. To me, Finland is a good place to write and to be inside oneself as an artist. The film industry is small, but it is big compared to Zambia.

The project was born from the fact that Zambia has no film school, yet there is a lot of talent. The Zambia Short Fest wants to encourage rising talents and filmmakers to use short films as their school. We showcase shorts of 15 minutes or less. 2014 is our second edition and we are going to screen 60 films, sixty percent of which are Zambian films and 40% international. There is a three-week intensive film-training workshop prior to the film festival where 24 young Zambians are enrolled. The training is in co-operation with Euphoria Borealis and is funded by the Finnish film foreign ministry.

A Zambian cinema culture is emerging as a result of talented filmmakers like yourself. You have already created the Zambia Short Fest, how else would you like to contribute to its growth and success?

I love Zambia. Zambia has untapped stories and talents and I want to explore that. I have just finished making my first feature-length documentary and I am excited especially to see and hear what Zambian thinks about it. I want to see where this boxer’s story leads me. I am working with an amazing woman, Victoria Thomas who has been a great pillar. She is in charge of African and world distribution of the film.

you are such an inspiration!! keep making Zambia proud!
http://www.modefort.blogspot.com