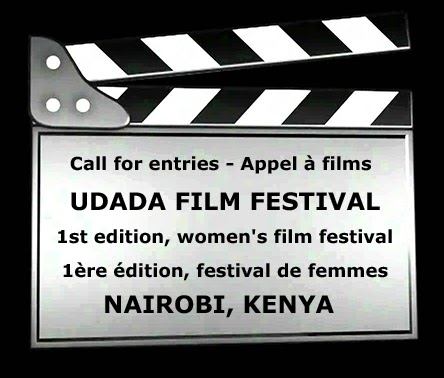 MISSION & OBJECTIVE
Our team will be curating the feature-length and short film dramas, animation and experimental and documentaries, directed and/or written by women filmmakers from around the world. Our shorts program will be selected from those submissions by our programming committee.

The mandate of the UDADA Film Festival is to:

- Facilitate interaction between women filmmakers; and women filmmakers and their audiences;
- Support and encourage women involved in film production;
- Increase the exposure of new works written and/or directed by women
- Showcase women work to the Kenyan and International film industry for future ventures;
- Provide opportunities for professional development;
- Provide a marketplace for industry. In essence, a reverse trade mission providing local filmmakers and producers access to the national and international film industry;
- Develop and offer youth programs to develop the next generation of filmmakers;

The Festival week also features workshops, forums and face-to-face meetings for filmmakers and producers. The Forum focusses on the business of filmmaking while the Festival celebrates international works by women.

Production must be completed after June 2011.

UDADA is a non-competitive festival.

Submission copies must be PALformat DVD. An English language track or subtitled version is required.

Submissions will not be processed unless all of the following have been received:

*3 copies of film/video in PAL DVD

Entries will be viewed by a programming committee and entrants will be notified of the decision regarding their film/video in September 2014. Submission copies will not be returned unless accompanied by a self addressed, prepaid envelope or a courier account number.

*Include a list of contents containing title of film, format, and fair market value (cost of print only)

Exhibition copies of selected films/videos will be returned after the Festival by regular mail (unless specified otherwise an d paid by the entrant). For a complete list of accepted exhibition formats, visit our website’s Submissions page.

The Festival is not responsible in case of accidental damage or loss of entries, except when in the Festival’s possession.