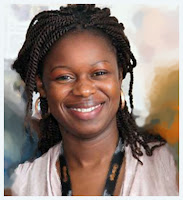 The number of women filmmakers is increasing though it remains insignificant compared to that of men. Moreover, one finds film festivals dedicated to women being launched in different regions. While there may be the risk of a certain ghettoization, women are finding opportunities to increase their visibility. Does this allow for an approach specific to women’s issues that scarcely are brought out on the screen or that engage a feminist perspective?

Women of the image respond directly and straightforwardly.

During a panel discussion with women filmmakers [during the conference organized by the festival Vues d'Afrique in 2013: les Journées du cinéma africain et créole of Montréal in Canada], it was only after the 4th or 5th question posed by the public that the debate got to the heart of the matter; namely to talk about the director’s work as such. Early interventions focused primarily on the status of women, though that was not the theme of the gathering: How do you manage your profession as a woman? As a woman, what obstacles do you encounter in the field? And so on. Most often, these interventions came from other women... Despite several years of the presence of women in the industry, there is still surprise when a woman is the author of such and such cinematographic work.

If this question is still being posed today, it is that one underestimates the fact that there are actually few women filmmakers in the profession. Seeing women’s faces on the screens or seeing them occupy positions other than directing (editing, production, casting, etc..) can give a misleading picture of reality.
Cameroonian filmmaker Osvalde Lewat (Land Rush, Black Business*) says that people are still surprised when she tells them she is a filmmaker: "Even with the same skills and the same means, it is always more difficult for a woman to make a film. Women have much to invest in cinema especially behind the camera as director. When I say I make films I am always asked: You're an actress? You are an editor? I await the day when they will ask me if I am a director," she said.

According to Beti Ellerson, Director of the Centre for the Study and Research of African Women in Cinema, generally speaking there have always been events devoted to specific groups when they have been historically underrepresented, or simply to highlight their specificity. “The creation of women’s associations, the commemoration of International Women’s Day, Women’s History Month, are all examples of this recognition. Women’s film festivals and festival editions with a women-focused theme exist for the same reason, in the same way as the influential New York-based Women Make Movies, she explains.

"Rather than seeing it as a ghettoization of women’s films, I see this practice as a valorisation of the experiences and perspectives of women that would otherwise remain in the margins, because of the under-representation of women in society throughout the world. On the other hand, I am not too much in favour of events with women-focused themes presented as a trend of the moment, a gimmick, a fashionable theme. There must be a genuine interest in women…”

If one considers the argument that these festivals provide the possibility to focus on issues specific to women, we can wish them a long life because the woman is a subject that has not yet been fully explored in film, according Osvalde Lewat: "There are not so many women’s film festivals, she exclaims. There are more filmmakers who are men who have made films about women than women filmmakers about women," she says.

On the other hand, for Algerian filmmaker Fatma Zohra Zamoum (Kedach ethabni / How much do you love me), "Whether women or men, we are all equal before the financial institutions in the industry!".

Meanwhile, Togolese director Gentille Assih (The Rite, the madwoman and I* Itchombi), says she never bases her choices or her work on the fact that she is a woman. For her, women’s film festivals are thematic festivals that have their raison d'etre as well as other specialized festivals. "These are markets, showcases, spaces to meet and network. There are many specialized festivals: animation film, gay, documentary, Africain, Human Rights, and others. It is up to filmmakers to choose where they want to show their film according to their distribution strategy."

At Cannes, the women directors represent 0.5% of the selections

Women’s film festivals are created because they do not find sufficient space in mainstream festivals. This problem is not unique to cinema but extends to all categories of art in general, by the fact that the artistic network remains largely male.

Jackie Buet , Director of the Festival International de Films de Femmes de Créteil (International Women’s Film Festival of Créteil), one of the largest events of its kind, has this to say about the subject: "As long as society has not established a perfect equality among men and women, I am for the existence of festivals as varied as numerous, dedicated to women filmmakers. And of course these spaces should be mixed for general audiences. For if we want to change attitudes, it must be done with women and men included, she says. In France, there are only 15% of women directors, but abroad and even in other European countries, their presence is less than 5%! At Cannes the great international showcase of world cinema, they are 0.5% of the selections, so it is alarming!".

The 66th edition of the prestigious Cannes Film Festival had only one woman director (out of eighteen directors, well!) in competition for the ultimate prize in 2013, in the person of Valeria Bruni-Tedeschi with Un Château en Italie (A Castle in Italy). Need one recall that until now director Jane Campion (New Zealand) is the only woman to have won the Palme d'Or for her film The Piano in 1993?

Films with an* were made with funding from le Fonds Francophone (OIF / CIRTEF).