In Support of Women Make Movies 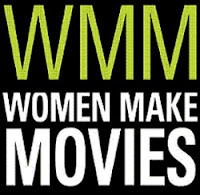 As the director of the Center for the Study and Research of African Women in Cinema, I give my enthusiastic support to Women Make Movies. This vital organization which has been instrumental in the world-wide distribution of films for and about women!

Women Make Movies has an impressive collection of films by and about African women, such Selbe by Safi Faye, Africa is a Woman's Name by Ingrid Sinclair, Bridget Pickering and Wanjiru Kinyanjui, Anna from Benin by Monique Mbeka Phoba, Sisters In Law by Kim Longinotto and Florence Ayisi, Africa, Africas by Agnes Ndibi, Maji-da Abdi and Fanta Regina Nacro, my own work Sisters of the Screen: African Women in the Cinema, and many more. For the last 40 years, it has built the reputation as the world’s leading distributor of films by and about women. As part of the Chase Community Giving Challenge, WMM is eligible to win up to $500,000 in Round 2, which will go directly to continuing the effort of helping women in cinema. Please support its efforts--voting ends May 25, 2011!
Please click here to vote: Women Make Movies Chase Community Giving Challenge
WMM Mission Statement
Established in 1972 to address the under representation and misrepresentation of women in the media industry, Women Make Movies is a multicultural, multiracial, non-profit media arts organization which facilitates the production, promotion, distribution and exhibition of independent films and videotapes by and about women. The organization provides services to both users and makers of film and video programs, with a special emphasis on supporting work by women of color. Women Make Movies facilitates the development of feminist media through an internationally recognized Distribution Service and a Production Assistance Program.
Posted by Beti Ellerson at 13:59