Victoria, you are from Sierra Leone, raised in the UK where you live and work. Could you elaborate some on your background, your plural identities?

I consider myself a citizen of the world because I have moved around so much. But I have spent the most time in Sierra Leone where I was born and Britain where I live, but I also lived in The Gambia and Kenya at some point. Africans ask where I am from as do the British and answering became complicated as they also need explanations for my name and accent which is neither here nor there so a few years ago, I stopped answering or said the first country that came to my mind.

Before completing your MFA in film at the Screen Academy Scotland you pursued areas that have been useful in your present career. How did you become interested in the moving image?

I am an only child and my dad's idea of babysitting was ensuring I knew how to switch on the TV and VCR from an early age with a never ending supply of British comedies and James Bond movies. But I did enjoy them and acted them out in the comfort of my bedroom. I was always Bond. It was something that always fascinated me once I figured out that the people were not in the TV set. I never really thought I could make films because I never saw anyone who looked like me in them. So I studied accounting and then went to law school. But somewhere along the line I discovered Spike Lee and Waiting to Exhale and it seemed within reach. 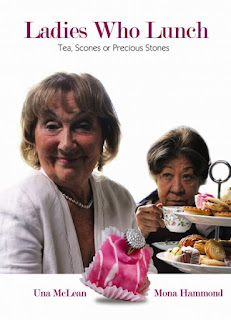 You have a few films that have been visible in the international film festival circuit, such as Ladies Who Lunch and Santa Trap, both nominated for the best short film at the Birmingham Black International Film Festival. What has been the reception of the films?

The reception was a lot better than expected. I do comedy films and they can be tricky because it is all down to sharing a similar sense of humour with the audience. They both premiered at Cannes this year and the room was full of people from different countries largely in Europe and there were no subtitles but they all laughed at the time they were supposed to laugh so that was a relief.

I am a pessimist and a cynic so it helps that I have a sense of humour otherwise I will be depressed. I don't do slapstick but I am fascinated with the humour that comes from the many contradictions in our existence and I don't think that you have to be gloomy and preachy about life to make a point. 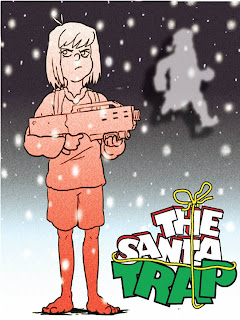 Your production company The Polkadot Factory…what are some of your current projects?

We are currently working on a comedy feature film that is set in Nigeria as I want to make films in Sub-Saharan African but I am determined not to make a film about poverty or social issues in Africa. I am not trying to gloss over the challenges that exist but I am also certain that Africa has more than sob stories to offer. I am also developing two of my short films The Brides Ball into a feature film with support from Scottish Screen and The Santa Trap as feature for cinema.

There is an active cinema culture in Britain and there are several film festivals that focus on people of African descent, such as the Birmingham Black International Film Festival and also specifically on Black women in cinema.

When one thinks about African cinema, Sierra Leone is not very visible. What are your connections to Sierra Leone and is there an emergence of a Sierra Leone cinema? Are there others in the Sierra Leonean Diaspora with whom you work or connect?

I collaborate a lot with a friend of mine who is an actress and producer whose origin is also from Sierra Leone. I have not been to Sierra Leone in fourteen years so I don't know much about Sierra Leonean cinema or if there is one but I have never seen a film made about Sierra Leone by anyone who has anything remotely to do with the country or in some cases even bothered to go there before writing their script. I would like to make a film there someday. I am not sure what it will be about but it will be funny and not about diamonds, civil war or amputees.

Hopefully I can continue to make films whether they are my own ideas or collaborate with other filmmakers to bring stories to the screen that I am genuinely intrigued or amused by.