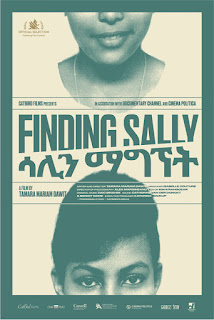 Cascade Festival Of African Films (2021)
After film discussion for Finding Sally with Tamara Mariam Dawit
Tamara Mariam Dawit
Ethiopia/Canada
Finding Sally
Documentary - 2020 - 78min
This film is a personal investigation into the mysterious life of the director’s Aunt Selamawit, also known as Sally, who joined the Ethiopian People’s Revolutionary Party and then disappears. In the process the film covers the history of Ethiopia from the downfall of Emperor Haile Selassie through two decades of Communist military dictatorship under Haile Mengistu, the Derg and the reign of Red Terror, to the present time. What makes this documentary especially moving is that the director tells this history through the lives of three generations of the Dawit family who lived and suffered through it. (Source: africanfilmfestival.org)
After film discussion for Finding Sally with Tamara Mariam Dawit