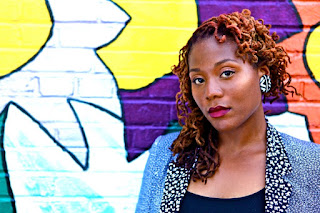 Sierra Leonean-American Nikyatu Jusu is among a growing number of filmmakers emerging from the New African Diaspora of the United States. A Diaspora which reflects the multiple identities, histories and experiences of those born in the United States and also embrace the Africa of their parents.

Say Grace Before Drowning
After meeting her African Refugee mother for the first time in six years, 8 year old Hawa is forced to coexist with a woman teetering on the brink of insanity.

African Booty Scratcher
Prom nears and things seem to be spiralling out of control for the typically composed ISATU. In this coming of age story,West African tradition conflicts with American idealism and Isatu is forced to reassess her alliances.