Organized by the Cannes Festival, the Short Film Corner is the essential rendez-vous for filmmakers. Since its inception in 2004 it has been a meeting place for producers and directors to present their films, network, and discuss strategies regarding their future plans. At the 64th edition, several films by African women are screened in this important venue. 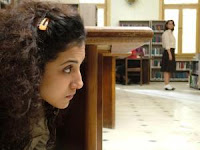 Spring 89 (25 mn) Camelia and Sarah in the last spring of the eighties…Their last days of innocence, a story told twice by 2 different girls or rather 2 similar girls. 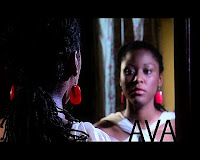 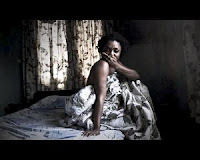 Ava (9 mn)  A woman, a few hours away from her wedding, is pondering on her relationship with her husband to-be.

Epilogue (6 mn) A couple reach the last chapter of their troubled relationship history.

Dissuasion (8 mn) These girls don't leave any chance to boys with bad intentions.

D'amour et d'eau fraîche (7 mn) A couple escapes its financial problems  and decides to live by love and fresh water.

We don't forget, we forgive (26 mn)  By portraying Sylvie Diclos Pomos, a Congolese artist who is an actor, a director and also a writer, the film director questions the issue of writing. Writing  to remember a reality that may be cruel. These issues all relate to the "Beach case" that had extensive press coverage in Congo. 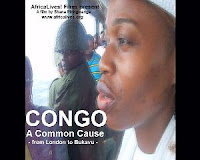 A Common Cause - From London to Bukavu (16 mn) A film by Congolese-British Women about their journey to express express concrete solidarity with Women in Congo, during the World March of Women in October 2010. Follow their journey and hear their voices.

Un père indigne (34 mn) Ahou goes in search of the father she has never known. Sadly, he refuses to acknowledge her as his daughter. Down and out many years later, this unworthy father looks for Ahou, the daughter that he had disowned.

Open Sesame (21 mn) Locked behind an apartment door, a young Moroccan named Leina is held captive by her oppressive husband. When imprisonment becomes too much to bear, Leina attempts an escape with the help of a sympathetic neighbor.