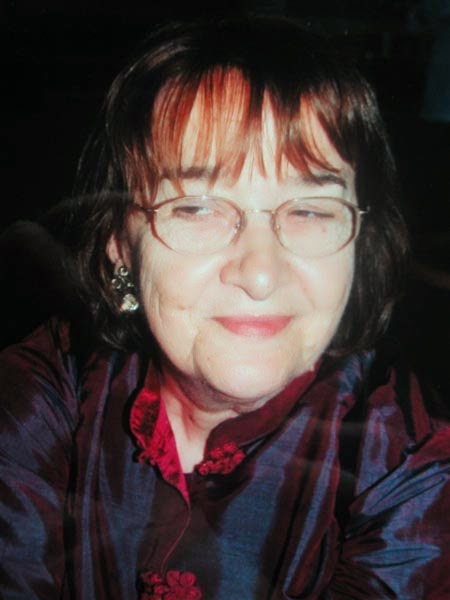 I met Andrée Davanture while doing research in Paris for my African women in cinema project. Atria, the structure that she founded in 1980 and that closed in 1998, was a hub for African film professionals, bustling with activity, a site for professional encounters, cinematic discourse, film editing, and research. A homage to the grande dame of film editing, passionate, eager to listen and assist, who left us on 1 July 2014.

Nicknamed Dédée, Andrée Davanture’s passion as editor spans some 50 years. Chief editor of the stunning Mossane (1996) by Safi Faye and the haunting The Night of Truth (2004) by Fanta Nacro, her sensitive hand is visible in a host of African films, notably of the renowned Souleymane Cissé (for which she was editor of all of his feature films). Her African film work dates as early as 1974 with Sous le signe du Vaudou by Pascale Abikanlou, and in 1975 with Cissé's Den Muso and Muna Moto by Jean-Pierre Dikongue, spanning the decades with Oumarou Ganda’s L’Exile (1980), Wend Kuuni (1982) by Gaston Kaboré, and the illustrious list continues.

Souleymane Cissé: We have just lost a sister, a friend, a mother, who has contributed enormously to African cinema in general, especially Malian cinema…the enduring memory of a warrior who has always supported our cinema and always had the right words that pushed you to go beyond yourself in the cinematic process.  (Maliactu.net)

FESPACO: For her indefatigable technical, artistic and pedagogical contribution to African cinema, FESPACO gives a spirited tribute to Andrée Davanture. She has contributed to the formation of the history of African cinema. She leaves us with weapon in hand, on the work in progress of film director Souleymane Cissé. (Fespaco)

Michel Amarger (Afrimages / RFI / Médias France): The influence of Andrée Davanture for the generation of filmmakers of African independences is considerable. She supported them, gave them contacts, and encouraged them on their scripts. Today this impetus leaves an imprint on a new generation that knew her and benefited from her advice. (Africiné)

Olivier Barlet (Africultures): "I saw Borrom Sarret [Ousmane Sembene, 1963] and I remember crying." For Andrée Davanture, also, there was a click, which was an emotion. "It is a cinema that deeply moves me, a vital cinema." This is the key that motivates these "fous d'Afrique", those passionate about Africa* who dedicate their lives to the service of contemporary African cultural production.

"In the profession, continues Andrée, many do not understand the choice I made." Indeed, against all odds, she fought for a certain relationship to filmmakers whose difference baffled many. "I am completely idealistic. Time passes and I remain. Life is so short!! If there is no interest in growing every day, what force does one have to fight against death if not the solidity and the importance of what we feel? "

After her death on 1 July 2014 at the age of 81 years, this interview from 1995 resonates even louder. (1) Already, when I was preparing my first book on African cinemas, Andrée’s warm welcome and her way of telling me with the right words what I felt myself, gave me a wonderful energy. (Africultures)
(1) Interview by Olivier Barlet with Andrée Davanture, Paris, octobre 1995

*Olivier Barlet refers to the book "Fous d'Afrique" by Jean de la Guérivière, about those generations of French who have a passion for Africa.