A letter from Azza Elhosseiny: Understanding what is happening in Egypt 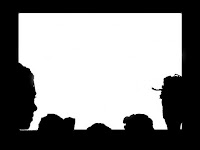 "All that is necessary for evil to triumph is for good men to do nothing." Edmund Bur

As a group of cultural activists in Egypt, among them the founders of Luxor African film festival, we categorically and unconditionally deplore all killing. As human been, our hearts go out to all those who lost sons and daughters in Egypt's violence today and since the uprising of June 30 in Egypt.

Nevertheless, in the middle of a frenzy of Western politicians and Western media consistently presenting only one side - the Islamists' - we could not let this day pass without sharing some thoughts and some truths. For the last six weeks since the overthrow of Mohammed Morsi, the Western media consistently portrayed the sit-ins that paralyzed Cairo and other parts of Egypt as sit-ins by "peaceful demonstrators". As mayhem broke out throughout Egypt today, they conveniently ignored what was happening in the rest of the country to focus on those "peaceful demonstrators."

Peaceful demonstrators do not have the capacity to kill more than 57 police personnel documented by name, rank, and serial number in a few hours.

Peaceful demonstrators do not attack the Kerdasa (neighborhood close to the pyramids) police station with rocket-propelled grenades, kill the station's eleven police officers, strip them of their clothes, and drag their bodies down the street.

Peaceful demonstrators do not threaten Christians with genocide as was called for by many of their leaders over the last six weeks, and as documented by multiple videos available on YouTube and other outlets.

Peaceful demonstrators do not raise the black flags of Al Qaeda over their sit-ins and marches and take pride in the likes of Bin Laden and Zawahiri.

Peaceful demonstrators do not attack more than 45 Christian installations, burn 40 churches and cathedrals, some several hundred years old, to the ground in less than 12 hours, destroy millions of dollars worth of Christians' homes, businesses, and property, and threaten the entire Egyptian Christian population with annihilation.

Peaceful demonstrators do not defend a fascist who purposefully let thousands of terrorists back into Egypt from Afghanistan, Pakistan, and Iraq to establish an Islamic Emirate in the Sinai and kill Egyptian army personnel and civilians on a daily basis.

Peaceful demonstrators do not put their children in the face of danger and brag that they are ready to see them die for the Islamist cause.

How much of that has the Western media reported today??

The Muslim Brotherhood and their jihadist allies have never known and will never know peace. Those who live by the sword will die by the sword. Prior to Morsi's election, they publicly declared that they will burn Egypt down if their man does not win. These terrorists, who have been proven liers at every step in the political process, are finally making good on one promise - destroying the country if they can't subjugate it.

This Muslim Brotherhood is an international terrorist organization. Their masquerade of moderateness has fallen apart with the events in Egypt. You should all be aware that this terrorist organization exists not only in Egypt or the Middle East or the Islamic world, but also right here in many countries around the world. It exists legally, and has managed to gain the sympathy and alliance of the United States Government, as well as many other Western governments, as we have seen in all the statements over the last six weeks.

we implore you to educate yourself about this, and to consider contacting your members of parliament. Confront them with the facts, and ask them to declare the Muslim Brotherhood and all other Islamist political movements what they are - FASCISTS and TERRORISTS.