Sierra Leonean Women of the Diaspora in Cinema, Visual Media and Screen Culture 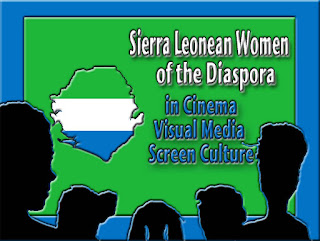 Sierra Leonean Women of the Diaspora in Cinema, Visual Media and Screen Culture

Mahen Bonetti, perhaps the most widely known, is founder and director of the African Film Festival in New York (AFF). In 2011 the AFF launched the Sierra Leone Cultural Conservation Project (CCP), which has as main objective, to establish an on-going sustainable media arts program in the country.

UK-based Victoria Marcellina Thomas has a keen in interest in the comedy genre, and while she is interested in Africa, her work centres on people and experiences in the UK.

Sierra Leonean-Canadian Ngardy Conteh focuses her lens on stories of the African Diaspora as well as her ancestral home.

Professor/filmmaker Nikyatu Jusu, born and raised in the United States, draws from both U.S. and Sierra Leonean experiences in her films. Her eclectic body of work spans diverse genres with black women and girls as the point of departure.

Born in the United States to parents who emigrated from Sierra Leone, scholar/cultural producer Nadia Sasso directed the film Am I: Too African to be American or Too American to be African?

In Sierra Leone, one of the most prominent initiatives introduced to train young people to tell their own stories through the moving image, is the WeOwnTV Media Centre. It launched its first program in the country in 2009 by facilitating a month-long filmmaking workshop for eighteen young men and women on the outskirts of the capital, Freetown. Since the initial workshop, a cadre of young people continues to produce stories of their experiences and communities with the technical support, encouragement and continued training of the organizers. Moreover, a visible number of women are among the emerging filmmakers.