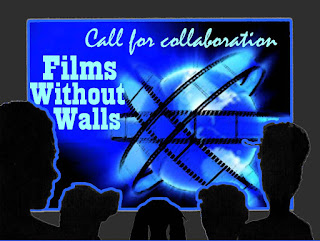 Professor and Filmmaker Lucy Gebre-Egziabher had this to say about "Films Without Walls", a project that she initiated where she teaches filmmaking on the NOVA Alexandria campus in Virginia, USA :

The Films Without Walls series was inspired by my Fulbright in Ethiopia in 2015. Upon my return, I connected my Ethiopia film students with my US film students. Together they made a film entitled "Final Exam". The objective was to have students on either side learn about each other's realities, in addition to learning to collaborate on a creative project.

While that was the starting point, the key functions of this project is: 1) to instill in my students that they have a role to play as artists in the global context, and not just the US; 2) to teach my students to use cinema as a tool for social and political change; 3) enrich and widen their world perspective.

I developed this project individually, though I have my institution's support and endorsement (not financial). It is not a funded project, by no means; at least not to date. Institutions and students that are taking part in this project, do it strictly on a volunteer basis. Thus far we have had students from Ethiopia, Scotland, Mexico, Iran and China participate as partners on the yearly themes. But we have had a number of students from various parts of the world submit their films for screening in the FWW series showcase (as seen on attached program).

I am constantly seeking collaborations with more institutions.

Films Without Walls (FWW) has 3 sections:

1) FWW, a partnership on one film: every year NOVA students partner with films students from a different part of the world on 1 film project. And based on theme of the year, they work on it on separate pieces that they bring together at the end. Students typically communicate via skype, viber or any method they research and decide on.

- students from one institution partners with NOVA students to make 1 film together.

2) FWW independent productions but partners on yearly theme: A partner would submit a film to be screened at our festival under FWW series on the theme of the year. (e.g. students from Xingtai Polytechnic College in China, are making their own film on the theme this year). We are also in discussion with students in other parts of the world (Cuba, Scotland, Ethiopia, Belarus to name a few).

- students from institution "A" make a film of their own, but on the theme of the year - the 2019 theme: "Immigration & Refugees"

3) FWW International students' films showcase: Students from different parts of the world can submit for consideration their films, not necessarily on our theme but on any subject, and if selected will be also screened in our FWW section of the NOVA Student Film Festival.

- individual student(s) from institution "A" submit their films for consideration for screening at our festival.