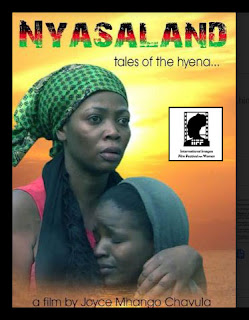 A very successful and independent young woman returns to her village to see her ill father only to find him dead and buried. What follows is her encounter with the hyena that is terrorising the village and it happens to be a human being. With the help of a young man she takes the hyena head on and saves her village.

Joyce Mhango Chavula is an actress, film producer and screenwriter. After a stint in theatre she worked on four film productions in Malawi and Nollywood, which were a launch pad for her own film production. Source: http://makewana.org/filming-lilongwe-interview-with-joyce-chavura-mhango/