Digital Lab Africa 2016 call for projects: over 500 entries from 30 countries! 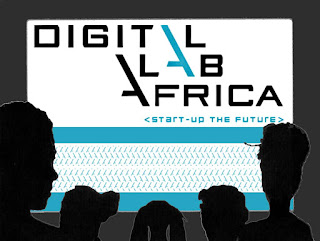 Digital Lab Africa call for projects: over 500 entries from 30 countries!

Launched on 1 June 2016 at DISCOP AFRICA Abidjan, the Digital Lab Africa call for projects closed with a bang on 31 August with 522 entries from over 30 Sub-Saharan African countries. This overwhelming response confirms Africa’s creative potential in multimedia content, and reinforces Digital Lab Africa as a springboard for African talent in this field.

In terms of numbers, South Africa and Nigeria are leading the pack with respectively 159 and 86 entries, followed by Ivory Coast (49) and Cameroon (48). In terms of categories, web creation and transmedia registered the highest number of entries (225), ahead of digital music (150), video game (82) and virtual reality (59).

The selected projects for each of the categories (3 per category) will be announced on 30 September 2016. From 2 to 4 November, the finalists will take part in a pitch competition at DISCOP AFRICA Johannesburg, partner of the DLA.

The selected projects will get a chance to win a 3,000 € cash prize and a Digital Lab Africa incubation ticket including mentorship and project development support by leading French multimedia companies (see list of partners below). Additionally, the incubation programme will comprise a 1-month residency in France within digital hubs and participation in benchmark multimedia events. The expected outcome of DLA is market ready content/productions showcasing African creativity at its best.

« We would like to thank all the applicants for submitting their projects. The incredible number and variety of entries we received is a true reflection of Africa’s creativity and potential in multimedia production and digital content » says Frédéric Chambon, DLA Director and Regional Head of Film & Media at the French Embassy in South Africa.

The Digital Lab Africa is initiated by the French Embassy and the French Institute in South Africa as part of their support to the creative industries in the region, in partnership with DISCOP AFRICA and TRACE.