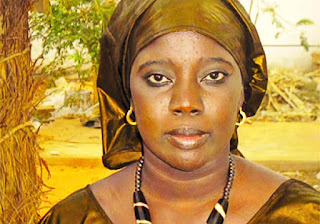 Building on the annual report of the National Regulatory Audio-visual Council (CNRA), Daaray Sembène, la Maison de la pédagogie de l’image (the centre for image studies), organised a press briefing to emphasise that "the audio-visual sector should avoid contributing to the ever-growing depravities and afflictions of society". In the presence of some members of the CNRA, the director, Dr. Hadja Maï Niang, came straight to the point in describing the programmes "that assault the minds of the Senegalese people."

Talking directly to the press, Dr. Hadja Maï Niang, specialist of image studies, presented an uncompromising account of the "programmes that pollute Senegalese radio and television." Addressing the CNRA delegation, the director of the Daaray Sembene outlined the survey results of audio-visual programmes, demonstrating that certain productions "affront the essence of Senegalese society." She explained for instance, that the television series "Happyness" portrays three girls and a boy in a Senegalese family without the traditional family that is recognisable within the Senegalese social scheme. Right from the start of the opening credits of the telefilm, nonverbal images present scantily dressed girls of the "pretty woman" Hollywood cliché literally interpreted as "luxury prostitutes" and "the comments of the girls categorise the series within a crudeness of expression that verges on verbal pornography." There is, she notes, an episode in which one of the girls is courted by a middle-aged man, which the glossary of words coming from the four actors as they describe the sex act include: the man’s "balls down there", "drooling" and, ...no comment!

"Which country are we in?" asks the professor-researcher, adding that "Happyness" is a "XXL" version of "Dinama Neekh"; the difference being that the latter offers a strong pedagogical component exposing the woman’s vices and the fickleness of the man, and hence, assesses the consequences. However, says Dr. Hadja Maï Niang, "these two TV series reveal a lifestyle of abundant and easy money, which may confuse a socially inexperienced person. The viewer risks the effects of the complacency of homeostasis: that within the audio-visual image, the relationship between emotions and reflection, in this case, may manifest in the maniacal fan who mechanically copies the object that triggers the desire."

"These tele-junk series”. Meanwhile, the program, "Raacc", only shows “girls congregating on the beach, sunbathing in Dakar surrounded by drummers. The girls are often dressed in panties that expose their buttocks, moving with a rhythm as if dancing a striptease. What culture is this?" she wonders. Like "Raacc", the program “Dakar ne dort pas” (Dakar doesn’t sleep) is "true audio-visual debauchery". She explains: "the undignified images on the screen expose these mental deficiencies, turning them into a laugh-stock. In what kind of rule of law are we? Moreover, when “Dakar doesn’t sleep” features a man in a state of erection when excited by the wild laughter of the host of 'RichMondDiz', one wonders in what civilization are we? Like the previous two programs, ‘Kaay Begué’ "serves as a representation of the popular Senegalese drumming circle permitting a kind of variation of sorts that gratifies a sensationalism in favour of commercial profit." From an informational and educational standpoint, according to Dr Hadja Maï Niang, these programs delude society. "Since, by extension, from a socio-economic angle, with this tele-trash that is offered to us, Senegal will not evolve" she says, pointing to the fact that "our televisions are broadcast overseas by relay satellite."…

‘Sen P'.Tit Gallé’ in the docks.” In her case against these television programmes, Dr. Hadja Maï Niang does not spare "Sen P'.Tit Gallé". This initiative" is unwholesome marketing to the detriment of our children. We must save the children from these images and activities that steal their childhood in favour of increased profits by the audio-visual sector" she asserts. Advertisements have also not escaped the indictment of Dr. Hadja Maï Niang before the CNRA. According to her, "a man in a green robe with a red cap consumes curdled milk in a barbarous manner, invoking a savage image that the informed Senegalese would be ashamed to endorse." Also, she denounces an advertisement that constructs an image of a child who, while being carried on his mother’s back, steals candy. "This is a good example of an image that constructs the social formation of a child-thief," she said. Not to mention the advertisements that glamorise skin lightening, to the detriment of "blackness”, of which the anatomical context is celebrated internationally by the Senegalese thinker Cheikh Anta Diop. Hadja Maï Niang concludes by saying, "in what country are we, in what culture and of what kind of audio-visual ethics, which allows all Senegalese to proclaim urbi et orbi to support radio and television of Senegal: Healer of all. Our television deludes us."… Excerpt of article by Ndeye Fatou Niang for Le Quotidien.

Writer, director, playwright and academic. Born in Fatick (Senegal), Hadja Maimouna Ndiaye Niang has a doctorate in General and Comparative Literature. She defended her thesis in 2009 at the University Paris 12 Val-de-Marne, on the topic "Literature and cinema in the creative works of Ousmane Sembène: the source of the adaptations." She also holds a Master II in professional film and audiovisual with an option in image studies, at the University Paris III Sorbonne Nouvelle. She currently teaches communication techniques at the University of Thies (Senegal).

She was interested in cinema at the age of 13 years old. In 1992, she met Ousmane Sembene, the dean of African cinema, who entrusted her to Father Jean Vast to be initiated into cinema studies. Vast was the founder of the Catholic Centre for Communication Brottier Daniel in Saint-Louis, Senegal and president of the Foundation Jean Vast for Cinema. In the same period, Father Vast returned to France and it was his successor Father Joseph Lambrecht, who trained her in image studies (photo and video). It is at this center where she also learned the methods of screenwriting under the leadership of Omar Ndiaye and also scene technique preceded by theory that she discovered thanks to the hundreds of documents that are housed at the Daniel Brottier Centre. In 1996, she pursued her studies in Modern Literature at the University Gaston Berger of Saint-Louis. The same year, she competed for the International Competition at the Ecole Européenne du Scénario de Paris and was one of thirty candidates selected, but unable to obtain a scholarship, she did not attend. She considers this setback to be the catalyst that reinforced her passion for cinema, plunging her into screenplay and theatre scenario writing.

In May 2003, she participated as a director and author in Fest'Art (International Festival of Theatre of Dakar) with the performance of her play "L'Etudiant Rouge" by the Art Campus at the National Theatre Daniel Sorano in Dakar. In the same year, she directed a national tour (in several regions of Senegal) with the Theatre Academy Campus Art of the University Gaston Berger of Saint-Louis.

In June 2012, she published a play "Le Monstre Généreux du Quartier" (The generous monster of the neighbourhood) which was presented on stage at the Grand Theatre in Dakar in co-production with Daaray Sembene and RTS, and broadcast in October 2012 on RTS (Radio, Television Senegal).

Since July 2009, she has been a professor-researcher in Communication Techniques at the University of Thies.