30 Years Moving Forward: The Professionalization of African Women of the Moving Image 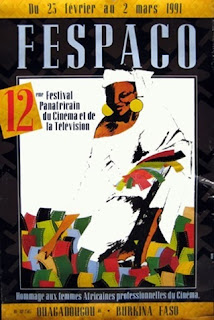 30 Years Moving Forward: The Professionalization of African Women of the Moving Image

2021 marks the 30-year anniversary of the historic meeting of African women film professionals held at the 12th edition of Fespaco in Ouagadougou. In 1991, as part of the festival programme, the gathering was organized under the title "Women, Cinema, Television and Video in Africa”.

The principle objectives were: to establish an environment to exchange views, to create a framework for free expression, to elaborate an action program, to fast-track women’s integration at all levels of the cinematic process, to present a woman’s perspective of the world, to have power over their own images, to mobilize funds and human resources.

During this historic meeting the participants formulated strategies for the professionalization of African women of the moving image and for effective leadership as directors, producers, organizers, actors, critics and other filmmaking professionals. Hence, setting in motion the groundwork for what would become the visual media network called L'Association des femmes africaines professionnelles du cinéma, de la télévision et de la vidéo/The Association of Professional African Women in Cinema, Television and Video.

The momentum of this moment forged an enduring movement, cultivating an African women’s cinema culture throughout these past three decades; towards the empowerment of women in all realms on the cinematic landscape. The concretization of many of these ideas provided the requisite tools for their implementation on local, regional, continental and international levels. The fruits of these efforts are particularly visible in the institutions that form the future generations of professionals of visual media. Moreover, the recent initiatives from Africa of the past several years demonstrate both the potentially important role of the Internet, social media and new technologies, and the genuine effort to galvanize this energy in order to globalize the experiences of African women of the moving image.

Image: Poster of the 1991 Women's Meeting, from the African Women in Cinema Collection