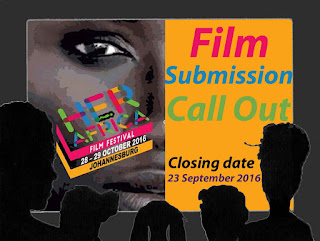 The International Association for Women in Radio and Television (IAWRT) is inviting African female filmmakers, producers, directors, writers, DOP’s, animators, in Africa and the diaspora to submit their films to HER AFRICA Film Festival.

The film festival is a celebration of the African female filmmaker and all works created during the period 2012-2016 are welcome. The content does not have to be exclusively female focused in nature. We are looking for content that is a reflection of how women engage with the medium and see the world.

The festival will be held in Johannesburg at the Bioscope 28-29 October 2016.

Filmmakers will be in attendance for the Q+A sessions and those outside Johannesburg are encouraged to apply for a scholarship to attend their own film screenings.

WE ARE LOOKING FOR:

All queries to be made to:
herfilmfestival@gmail.com 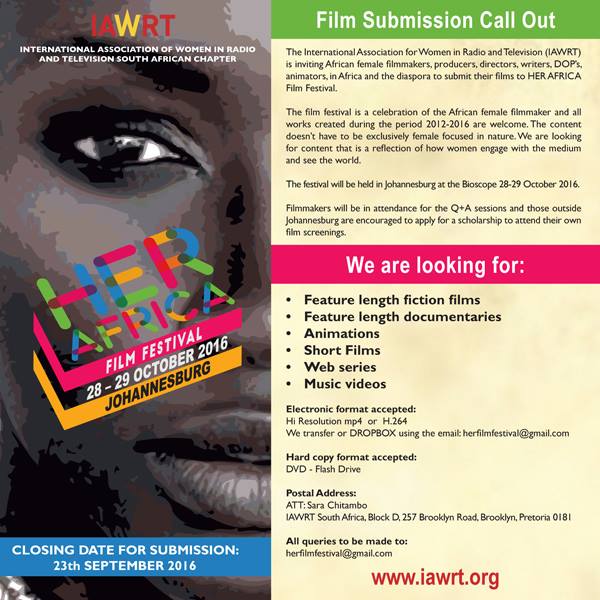