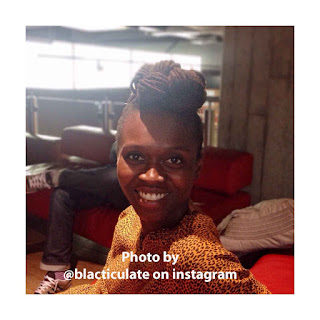 Jacqueline, your final masters thesis project in Visual and Media Anthropology at Freie Universität, Berlin is a documentary titled “Returning from exile” talk about what inspired you to focus on this theme.

Interesting that you say it is a documentary title, because my initial idea was to make a documentary film but I felt I wasn't ready, yet, I might still do it. “Returning from exile” is about the second generation Ghanaians born in a European country or in the USA to Ghanaian parents, who decided to “return” or rather to live in Ghana. People like me, my tribe so to say. What inspired me to do the visual/audio website is partly my story but also I wanted to create a digital archive to register this moment. In Ghana we don't have a tradition to archive moments in time but in this digital era it is much easier. The idea is to continue to collect stories of the diasporas who are returning. I came up with the idea, when I visited Ghana again after four years not being there in December 2013. The minute I left the airplane and drove around Accra, the capital city I felt a sense of vibrancy. During my four-week trip, I met many Ghanaians like me who had “returned” and opened up bars, arts spaces, working on the governmental level or as freelance journalists and bloggers telling a different story of life in Ghana. I knew I wanted to be part of it and decided to move to Ghana in May 2014 and do wider research. I termed my research, which is part of an academic thesis “Returning from exile” because the motivation for most of the Ghanaian diaspora is to return on behalf of their parents and build this great nation, something that most of our parents were not able to do for various reasons.

Do you find the practice of return to be a phenomenon of this generation of Africans? To what extent does the connectivity of the global African diaspora contribute to this? I am thinking of social media and the Internet as a means to connect, influence and share. What have been your own experiences?

It is very difficult to say that it is a phenomenon of this generation, I want to say partly yes, but it really depends on whom we call a returnee. This actually contributed to my difficulties in doing my research. Over the years in Ghana, especially since 1992, when Ghana officially became a democracy, Ghanaians have been coming and going. Till this date it's difficult to really identify who lives in Ghana, because some of the returnee communities spend six months in Ghana and six months in their other country. Are they returnees?

Also, one mustn't ignore the many Ghanaians who are still trying to leave Ghana almost daily for economical reasons. A lot of them are working class or lower who struggle to find work or make a decent living in Ghana. They spend thousands of dollars or euros, all their savings and risk their lives in hope for a better life abroad. The returnees are professionals and are privileged to enter the work force in Ghana. We as Ghanaians should strive to give everyone the opportunity to find work and make a decent living, so that we can all enjoy the beauties Ghana has to offer.

Generally speaking though, I can say that social media and blogs have helped to show a different Africa/Ghana and has made it more appealing to its diaspora. I can definitely relate, reading about the different art spaces, exhibitions and festivals in Ghana got my attention and motivated me to see with my own eyes on what was happening and most importantly to be part of the movement. I never really felt part of something so wholeheartedly until I moved to Ghana, it's an exuberating feeling.

The short piece “No Place Like Home”, produced during a collaborative transcultural film workshop in Berlin is also about the notion of home among Diasporans, did this work evolve into “Returning from exile”?

There is an Afro-German movement that has had an important role to play in the search for identity among Germans of African parentage, are you and your participants of the study connected to this movement?

No, I am not and I don't think any of my participants are either. The Afro-German movement is poignant and very active indeed but I must say that I never felt part of that movement; I couldn't relate to the movement, I understand it but it's not my story. Although I was born and raised in Germany and lived there until my 21st year, I always felt Ghanaian as well as German. I never felt like I didn't have an identity or didn't know where to place it. My parents play a big role in this; both my parents are from Ghana and I was raised speaking Twi and eating Ghanaian food. Also, my parents tried to take us to Ghana as many times as possible. Though I never felt 100% Ghanaian, I always felt very connected.

On the “Returning from Exile” website the Sankofa symbol, which means to return, to trace one’s roots, 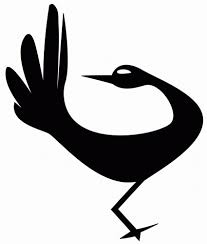 welcomes its visitors. Sankofa has been a symbol for the African diaspora, especial those whose history is linked to the trans-Atlantic slave trade and thus were severed from their ancestral cultures. How would you compare the difference and similarities of the separation that exiled Africans have experienced with that of Africans of the former group?

As you have quite rightly put it, the Sankofa symbol is the symbol for returning to one's ancestry, to come back home. It has been mainly used for the African diaspora that were forcefully taken to the new world, but due to conflict and economic struggles or to further ones education, Africans on the continent continued/ and continue to leave, some of them even on boats. The difference is that during the transatlantic slave trade my African brothers and sisters were taken by force, not knowing where there were going and of course not going in search of a better life. However, we are all searching for a deeper understanding of Ghana or the continent and to be connected to our ancestry.

You curated the first edition of Uhuru in 2014, an African Film Festival in Rio de Janeiro, Brazil. Talk about how the festival was conceived and the reception. 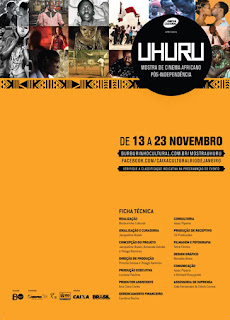 I lived in Brazil from 2010 to 2012 and whilst living in the city of Rio de Janeiro I met a lot of interest in Africa, particularly from the Afro-Brazilian population, who make 60% of Brazil's inhabitants. Unfortunately most Brazilians don't get a lot of mainstream information from Africa. Whilst living in Rio I worked for a number of film festivals, including the Rio International Film Festival. At the time I lived in Rio there was not a single film festival dedicated to only African cinema, so I came up with the idea to have an African film festival. I wrote a proposal of intention with an initial programme outline. Through a friend I approached the cultural production Burburinho, they loved the idea and raised the money to realise the first edition of the festival last year in November. For the first edition, I wanted to give a brief history lesson through cinema. I started with films that depicted the independence movement, through to the post colonial struggles, formation of a new 'African' identity, through to developments of the new generations in music, dance and cinematic expressions. I brought with me five directors and an industry specialist from 3 different countries from Africa, Ghana, Nigeria and South Africa. I had organised post screening discussions, Q&As and panels. The audience loved it, I got very good feedback, the sessions were almost always full and the media attention was great. I gave a number of TV interviews, radio and magazine interviews. I am hoping that Uhuru will be a biannual event and will travel to other parts of Brazil as well.

I have observed a genuine interest in African culture in Brazil in the past two decades. I have met several people who are very much involved with African cinema studies and film organising. I imagine you have
experienced this enthusiasm as well during your work in Brazil...

Yes absolutely, especially during the promotion of Uhuru I came across many bloggers, film students and other festivals across Brazil. This is great, and I believe the interests will keep on growing. Brazil holds the biggest African diaspora outside of Africa, they ought to have more information flow with the continent and vice versa.

You are on the team of the Royal African Society’s Annual Film Festival which will take place from 30 October to November. Please talk a bit about the role you play in the organisation of the festival. 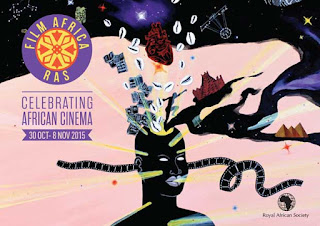 I am a programmer for Film Africa, and I am very happy to be part of the team. This year is my first year as a programmer for the festival and I am really excited about the programme. We will have several exciting, interesting and thought-provoking strands. Our biggest strand this year is the Lusophone strand, where we will highlight the Lusophone African countries as they celebrate 40 years of independence this year. Furthermore, we will show African love films, which we programmed together with all the African film festivals in the United Kingdom. There will be a double bill on the father of African cinema, Ousmane Sembene from Senegal, who passed away in 2007. His autobiographer and friend, Samba Gadjigo made a documentary on the life and legacy of Sembene, which we will show in conjunction with his classic Xala In addition, we will showcase the latest titles from Ethiopia, a focus on music on film and the latest shorts from the continent.