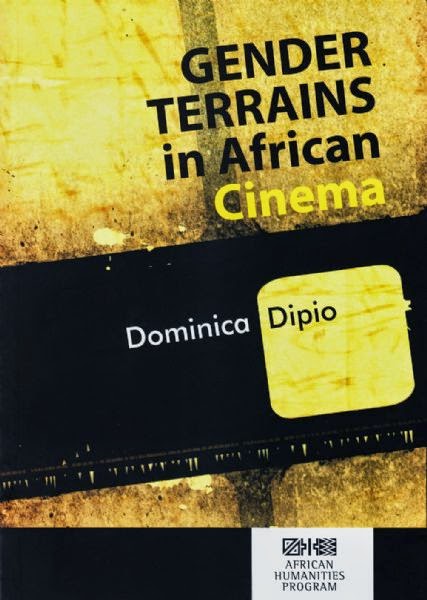 Dominica Dipio describes the trajectory of the book Gender Terrains in African Cinema as an evolution through three continents, Africa, Europe and the Americas. She fell in love with African cinema around 2000, while studying in Rome. As a field of study, African cinema was relatively new on the continent at the time. She attended various film festivals in Europe in order to view films during which she met filmmakers and interacted with them, and as a Fulbright scholar in the United States she was able to concretize her research. She describes her journey in this way: "it started in Africa, it developed in Europe, and it was fine tuned in the USA." 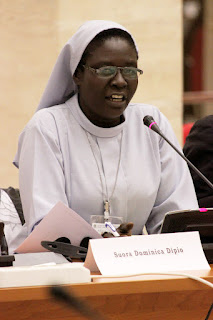 Attaining its identity in the 1960s, African cinema is characteristically a post-colonial art form. The first group of filmmakers and critics saw themselves, together with the political elite, as responsible for building their new nations. They came up with a series of statements which underline what cinema should be in their contexts: an instrument for educating, decolonizing the mind, and developing critical participatory viewership. To some extent, cinema continues the role of the griot (an African tribal storyteller), with a difference. Interest in this subject has led author Dominica Dipio to analyze how cinema and the filmmaker are located within the predominantly patriarchal hegemonic structure, as she addresses issues related to gender and, in particular, the representation of women in African communities. The films selected for analysis are all directed by male filmmakers that are considered representative of African filmmaking. These films span from the 1970s to the 2000s, with a comprehensive analysis of how gender relations are reflected - in the portrayal of the girl child, the young woman, the more mature woman, as well as the grandmother - vis-a-vis their male counterparts. (Series: African Humanities)

4. Positioning the elderly in gender relations
-Introduction
-Elderly women as centres of alternative authority
-Male-female dynamics
-The elderly as harbingers of change
-Conclusion

5. Recurrent trends in gender representation in African cinema
-Introduction
-Trends in the representation of women
-Implications for film theory research