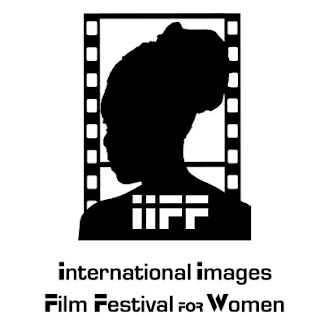 The 10th Edition of the International Images Film Festival for Women (18-26 November) in Harare, Zimbabwe brimmed with events, offering a memorable occasion for all who were present at the screenings, receptions, initiatives, master class, and award ceremonies, and who seized the exciting opportunity to network with local and international attendees.

The international character of the festival was evident as representatives from embassies, NGOs and international organisations interacted with Zimbabwean counterparts and invited guests. Networking opportunities also included encounters with African film festival organizers Hans-Christian Mahnke of the Namibian Film Festival, Shamek Stepien of AfryKamera African Film Festival Poland, Lizelle Bisschoff of Africa in Motion Film Festival in Edinburgh, actor and filmmaker Martha Fergusson of Canada and Beti Ellerson, director of the Centre for the Study and Research of African Women in Cinema based in the United States, and Zimbabwean filmmaking professionals and cultural producers such as Jackie Cahi, Nakai Matema, as well as Michelle Ajida, Tawanda Gunda, Melody Gwenyambira, Blessing Hungwe, Upenyu Makoni-Muchemwa, Victoria Mtomba, and Tawanda Mukurunge, who also served as jury members.

The festival theme “Women with Goals” was omnipresent; as films, organized activities and initiatives highlighted how women have persevered to attain the goals they set for themselves. Institute of Creative Art for Progress in Africa Trust Board Member Sarah Moyo reiterated these objectives in her presentation at the opening ceremony. The celebratory event which kicked off with the music of Mafriq, featured His Excellency Ambassador Anders Liden of Sweden, a major sponsor of the Festival.

The diverse collection of films by and about women spanned the globe, from the countries of Belgium, Canada, Cuba, Czech, Egypt, France, Germany, India, Iran, Italy, Japan, Kenya, Mozambique, Namibia, Netherlands, Norway, Poland, South Africa, Spain, Sweden, Switzerland, Uganda, UK, USA, Zambia, and Zimbabwe. The myriad, multi-layered and wide-raging stories explore adolescent friendships; the bond between mother and daughter; traditional roles of sexuality and marriage; women struggling with depression, loneliness, jealousy and domestic abuse; the challenges of tradition versus modernity; the trauma of death; dialogues between past and present; generational conflicts within immigrant families; and the complexities within female relationships. The Zimbabwean films, screened at the popular Mannenberg (Harare) drew packed audiences, as local productions are increasingly in demand among viewers who are keen to see familiar faces and places. A new initiative of the festival is the Binga Outreach which will take place from 5-7 December where local films will be screened to audiences in the Matabeleland North town of Binga.

THE AWARDS (presented at the Closing Ceremony)

Women Filmmakers of Zimbabwe (WFOZ) in partnership with the UNWomen Gender Support Programme (UNIFEM) hosted the Ndichirimupenyu Awards. Now in its 6th year, the award honours women who have excelled in their various endeavours—including the categories art, business, sport and national social contributor. In 2010 the category Best Male Against Gender-based Violence was included to highlight the role of men as active players in the fight against gender-based violence. The African Fathers Initiative of Zimbabwe was very visible at the awards event. Similarly, the "New Man" section of the Festival introduced screenings of films that highlighted a new consciousness of what it takes to fulfil the role of a responsible, caring and loving “New Man” in African societies.

Other highlights of the festival were the Master Class, the World Premiere of Nyaminymi and the Evil Eggs and the Distinguished Woman of African Cinema Award. Presented by UK-based Lizelle Bisschoff from South Africa, the Master Class entitled "Women in African Cinema: Questions of Absence and Presence", was the subject of her recent doctoral thesis. The World Premiere of the film Nyaminymi and the Evil Eggs by Tsitsi Dangarembga included the presentation of the Artists Charter for Zimbabwe, the screening, and a lively discussion with the filmmaker, producers and audience. Three women were nominated for the Distinguished Woman in African Cinema Award: Producer Jackie Cahi of Zimbabwe, Producer Bridget Pickering of Namibia and African Cinema Scholar and Centre Director Beti Ellerson of the United States. Beti Ellerson was awarded the prize for her important contribution to the advancement of African women in cinema.

The International Images Film Festival for Women concluded with a farewell by Tsitsi Dangarembga, founder and outgoing director of IIFF, and at its 10-year anniversary, a passing of the baton to Yvonne Jila as she takes the reigns as new director.