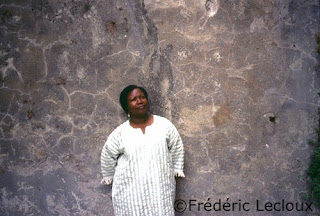 African women intellectuals—in the arts, the academy and politics—are becoming increasingly aware of the significance of developing a critical discourse on the female body in reading and interpreting visual representation of women in film and visual culture in general. In her lecture, "Le corps des femmes entre incertitudes et libertés"/"Women's bodies between liberty and uncertainty" presented on 14 June 2011 in Paris, Ivoirian Tanella Boni emphasizes this point.


Below is a French to English translation by Beti Ellerson of the summary of the lecture during the seminar entitled "Gender, Politics, Sexuality(ies) West/East” organized by the Foundation Maison des Sciences de l'Homme.

Since the last quarter of the twentieth century, critical perspectives on the issues of women and gender have developed in Africa, notably by Nigerian theorists. In the Francophone world, studies on “gender and development” have been pushed forward, leaving in the shadows other discourse—artistic, literary, and critiques of the female body, the site on which so much is played out in postcolonial African societies. Hence, one might wonder what is the role of the body when considering gendered social relations and women's experiences.
The issues are very different when dealing with the body of the girl child and that of the older women. What is being done to/for the female body? What are the strategies deployed by women to keep their bodies free and alive, to the extent that they are able to do so? The female body, site of wide-ranging inscriptions and representations, is the centerpiece of the social order, at once malleable tool, rebellious mass, object of exchange, suffering, obedient but rebellious, desiring/desired, in search of autonomy. Our aim, which draws on literary texts, film excerpts, and studies, concerns the multiple identities of the body and its metamorphosis, offering a means to read and think about the societies in which the body inhabits. Embedded in this fragmented and "uncertain" body, are political, cultural, economic and also religious issues.