African Women on the US Film Festival Circuit 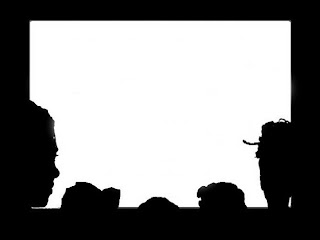 As the film festival season comes into full swing, African women are featured at several venues in the United States with an impressive number of films being screened at the African Film Festival of New York and at the recently completed Cascade Festival of African Films  in Portland, Oregon. The 19th Annual Cascade Festival began in February in honor of Black History Month and ended in March with the Women Filmmakers Week in commemoration of Women’s History Month. This year there were four films by women: Cuba: An African Odyssey (2007) by Egyptian Jihan El Tahir; Cameroonian Osvalde Lewat-Hallade’s film, A Love During The War (2005); the film, Enough! / Barakat! (2006) by Algerian Djamila Sahraoui, and Katy Léna N'Diaye of Senegal with Awaiting for Men (2007).

The African Film Festival of New York, which has just opened on 8 April, celebrates its 16th year with the theme: Africa in Transition. Eight African women are featured in the festival: Egyptian Jihan El-Tahri’s Behind The Rainbow (2009) which is the centerpiece of the festival; Yandé Codou, la griotte de Senghor (2008) by Senegalese Angèle Diabang-Brener; three women from Kenya: Wanuri Kahiu’s From a Whisper (2008), two films by Judy Kibinge, Killer Necklace (2009) and Coming of Age (2008), and Lupita Nyong’o’s In My Genes (2009). Cameroonian Josephine Ndagnou’s film Paris or Nothing/Paris à tout prix (2008) is among these exciting listings as well as British-Nigerian Ngozi Onwurah’s Shoot the Messenger (2006). Katy Léna N'Diaye’s  Awaiting for Men,which was also featured in the Cascade Festival, is also among the film selections. Below are short synopses of the films along with relevant links.

Angèle Diabang-Brener (Senegal) Yandé Codou, la griotte de Senghor. Yandé Codou Sène, 80-something, is one of the last great singers of polyphonic Serer poetry. This film is an intimate look at a diva who has lived through Senegalese history at the side of one of its greatest near-mythical figures, President-poet Léopold Sédar Senghor.


Jihan El-Tahri (Egypt) Behind the Rainbow. The film explores the transition of the ANC-The African National Congress--from a liberation organization into South Africa's ruling party, through the evolution of the relationship between two of its most prominent cadres, Thabo Mbeki and Jacob Zuma. Exiled under Apartheid they were brothers in arms, under Mandela they loyally labored to build a non-racial state, now they are bitter rivals. Their duel threatens to tear apart the ANC and the country, as the poor desperately seek hope in change and the elite fight for the spoils of victory.

Jihan El Tahri (Egypt) Cuba: An African Odyssey. The previously untold story of Cuba's support for a variety of revolutionary and independence movements on the African continent from the mid-1960s through the early 1990s. These include Che Guevara's military campaign in the Congo to avenge the execution of the country's first democratically elected prime minister, Patrice Lumumba; Cuba's support of Amilcar Cabral's uprising in Guinea-Bissau; and the battle of Cuito Cuanavale in Angola, which led to the independence of Namibia and the fall of apartheid in South Africa.
Wanuri Kahiu (Kenya) From a Whisper. The film commemorates the 10th anniversary of the August 1998 terrorist bombing of the U.S. Embassy in Nairobi, Kenya, in which over 250 people died and more than 5,000 were injured. The film tells the story of an artist and an intelligence officer, and how they find unique ways to move on from the tragedy that shattered their lives.

Judy Kibinge (Kenya) Killer Necklace. Boo is a handsome young banker with a bright future; Wai is a sultry young girl from a privileged background. Boo would do anything for Wai, but Wai has her eye on a different prize: the most beautiful golden necklace in the world. This  twisted tale of desire and deceit asks, is anybody what they appear to be?
Judy Kibinge (Kenya) Coming of Age. This coming of age story depicts the three ages and stages of democracy as seen through the eyes of a girl growing up. The Kenyatta era, a time of great optimism and post-independence euphoria is reflected in the innocence and naivety of the young girl. As Kenya enters its next era, of dictatorship under Daniel arap Moi, the gloom of oppression and confusion is reflected by teenage turmoil and finally, all grown up, we find ourselves in Kenya’s third stage of democracy under Mwai Kibaki and wondering if democracy, with all its free speech and openness can ever really come of age.
Osvalde Lewat-Hallade (Cameroon) A Love During The War. The documentary focuses on journalist Aziza and her husband who were separated when war broke out in the eastern Democratic Republic of Congo in 1996. Six years later, they reunite in Kinshasa, the capital of Congo. However, Aziza is haunted by memories of the horrors suffered by the women in eastern DRC during the war. She returns to visit these women who have started denouncing the abuses they suffered during the war.

Josephine Ndagnou (Cameroon) Paris or Nothing/Paris à tout prix. Suzy will do anything to go to Paris, but finds that it is not the paradise that she had dreamed.

Katy Léna N'Diaye (Senegal) Awaiting for Men. Three women in Oualata, Mauritania, on the edge of the Sahara desert, practice traditional painting by decorating the walls of the city. They express themselves openly about the relationship between men and women.

Lupita Nyong’o (Kenya) In My Genes. The documentary explores what is it like to be “white” in a “black” society. Agnes, a woman with albinism, overcomes the difficulties of being born with no pigment in a society that discriminates against people with the condition. The film explores the experiences of a member of one of the most hyper-visible and at the same time invisible groups of people in a predominantly black society.
Ngozi Onwurah (Nigeria/UK) Shoot the Messenger. Jose, a teacher, is determined to save the black youngsters at his school from a life of gangs, crime and underachievement. When a seemingly minor incident escalates out of control, Joe loses his job, and as a result, experiences a mental breakdown which leads him to turn against his community.
Djamila Sahraoui (Algeria) Enough!/Barakat! Amel, an emergency physician, joins forces with Khadija, a nurse who once fought for Algerian independence against the French, to search for her husband, a journalist whose writings led to his disappearance. Despite the extreme danger and difficulties of their quest, the two women forge a bond of mutual affection and respect that leads to a deeper understanding of how their lives were shaped by their country's history.
Posted by Beti Ellerson at 13:47