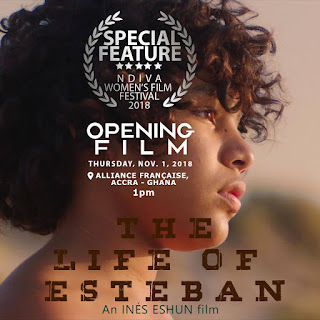 Esteban, a future Olympic swimmer, has grown up with a single mother and doesn't know who his father is. As he searches for his identity in this poetic short film, he determines swimming is a metaphor for life itself.

Inès Eshun was born in France and moved to Belgium when she was six years old. She has Belgian, Estonian, and Ghanaian roots, and she writes as well as directs. Eshun graduated with a master’s degree in film directing from the Royal Institute for Theatre, Cinema, and Sound in 2017.