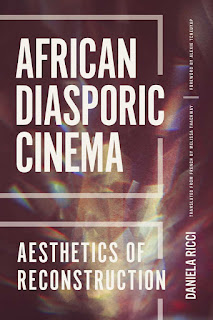 African Diasporic Cinema: Aesthetics of Reconstruction analyzes the aesthetic strategies adopted by contemporary African diasporic filmmakers to express the reconstruction of identity. Having left the continent, these filmmakers see Africa as a site of representation and cultural circulation. The diasporic experience displaces the center and forges new syncretic identities. Through migratory movement, people become foreigners, Others—and in this instance, black. The African diasporic condition in the Western world is characterized by the intersection of various factors: being African and bearing the historical memory of the continent; belonging to a black minority in majority-white societies; and finally, having historically been the object of negative, stereotyped representation. As a result, quests for the self and self-reconstruction are frequent themes in the films of the African diaspora, and yet the filmmakers refuse to remain trapped in the confines of an assigned, rigid identity. Reflecting these complex circumstances, this book analyzes the contemporary diaspora through the prism of cultural hybridization and the processes of recomposing fragmented identities, out of which new identities emerge.


Related links on the African Women in Cinema Blog