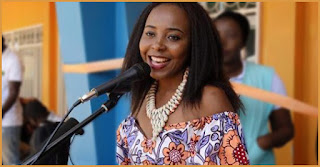 Samira Djingo on her series "A Season in Niger": It's the cry of a people concerned about safeguarding their values 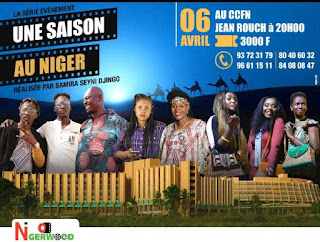 The announcement of the new series A Season in Niger, scheduled for an April 6th release circulates around the city and has been present on social networks for several weeks. Abdoulaye Ali of Agenda Niamey interviews Nigerwood director Samira Seyni Djingo to find out about the series.

Agenda Niamey - Your series "A Season in Niger" will be officially screened on April 6th. What is the series about?

Samira Seyni Djingo: A Season in Niger is a tragic love affair between Djingo who is Muslim and Natou  who is Christian, complicated by the interference of Djingo's parents.

A Season in Niger is also a father's revenge, who at the discovery of the pregnancy of his youngest daughter, asks his son to impregnate all the girls in the neighborhood.

A Season in Niger is the story of all our young talents (singers, rappers, dancers, comedians, stylists, etc.) who are languishing in the shadows for lack of encouragement.

A Season in Niger is also the story of all those young people who dream of a better life and who do not hesitate to cross the sea thinking that elsewhere is better and who most often find calamity during the journey.

A Season in Niger draws the attention of our young sisters who let themselves be carried away by the phenomenon of iPhones and wedding attire and end up selling themselves in order to be showcased in the said getup...

A Season in Niger is simply the cry of a concerned people safeguarding its values ​for the new generation.

Is this the first production under the designation “Nigerwood”?

Indeed the series A Season in Niger is Nigerwood’s first baby.

On which channels will the series broadcast?

A Season in Niger is in negotiation with two national channels and an international channel both of which are interested in the distribution of our series but I prefer to not reveal the names until we have signed.

Samira, what motivates your passion for cinema?

I do not really know in fact, I have loved cinema since childhood and I started playing roles in commercials when I was nine years old. Simply speaking, cinema fascinates me .... It's the only art that brings all the arts together. Originality attracts me and in cinema has free rein to express her creativity. It can make people laugh, cry as well as becomes annoyed.

We can share our sorrows, our joys, our experiences, we can tell the lives of others without making them uneasy and allow others to learn from them. We can educate with cinema, we can reconcile even enemies.... In short, cinema is simply wonderful.