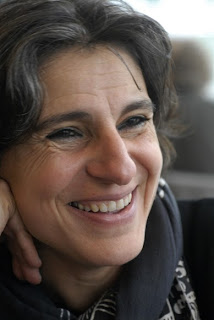 I have known Fespaco since 1993, during the time of my first short films. Since then, my films have always been part of the festival selection, while in my own country [Tunisia, which hosts the JCC], never. This is to highlight my great affection for Fespaco during these past 25 years. In 2013 I was very proud to receive the Grand Prix for Documentary Film for my film Même pas mal | No Harm Done, even as I continued to be ostracized in Tunisia. With no pun intended I will say that the old adage "No one is a prophet in her country" applies perfectly to my case.

In 1993 and 1995, the filmmakers of the short film of which we were part, had already fought battles to be better recognized by the organizers of Fespaco. How many of us spent our first nights at the festival on the hotel lobby sofas, for lack of allocated hotel rooms, while other non-filmmaker guests had luxurious ones?

Outlining this background is to recall that already in the past filmmakers had protested the conditions in which they were received. Having laid out this preamble I want to tell why today I titled this text "My last Fespaco". It is indeed the latest one that I have attended, but probably the last I will go to if nothing is done to improve the organization of this great festival of our continent and for which I have an immense affection.

So I was present at the fiftieth anniversary of Fespaco in 2019 at the invitation of the organizers as president of the documentary jury for feature and short films in official competition. I am passing on the organizational details inherent in the financial and practical difficulties of our continent as far as travel is concerned. Everyone knows that coming to Fespaco requires a good dose of energy! It is not on this topic that I am going to elaborate, as it relates to the events of this edition.

The security directives were drastic and each of us could understand this in view of the different protection systems put in place because of the threat of attacks that exist everywhere on our planet. On the other hand, being shoved or abused by the over-zealous security force, is something that I do not accept. I do not think it was too difficult to give specific instructions to the security services to avoid any mistreatment of guests at the entrance to the opening and closing ceremony, for example, which was my experience and that of other jury members.

This point being made, I must today say exactly where my deepest dissatisfaction and that of my jury comes from. From the very first day, it was not possible for us to have a programme for the 36 short and long films that we were assigned to view in order to choose the award winners. In addition, the catalog was not ready until three days after the beginning of the festival, and so we did not have the synopses and fact sheets of the films on hand, nor was a coherent viewing schedule established. Our jury was unified throughout, and after three days, together we went to the festival administration in order to secure a place to view the films that we were not able to see in the screening venues with the public. It is obvious that at the rate of more than six films per day to view, fatigue taking its toll, our patience had reached its limits more than once, and on top of that, there was the deprogramming in our category, of the film Amal directed by Mohamed Siam.

On the last day, summoned to the Fespaco headquarters, a few hours before the closing ceremony, all the official juries met under the leadership of the General Delegate and the director of Fespaco. Seeing that we were not told anything specific about the progression of the announcement of the winners, as president, I expressed our desire as a jury to go on stage, so that we could each announce our award winners and summarize in a few sentences the basis of our choices. This is an expectation of the filmmakers who are award winners as well as those who are not.

Moreover, and I did not hide it, we had a text to read about a Malian film called Dawa, l'appel à dieu that made a negative impression on us. At that moment the festival director and the delegate at the minimum granted our request, that the president of the fiction jury and myself, to go on stage during the ceremony. Was it the presence of heads of state at the closing ceremony, that to our surprise we were ultimately not invited to go on stage. And our Documentary Jury was barely mentioned! The announcement of our award winners was replete with errors, especially concerning the film that won the Golden Poulain, which the presenter announced as a male Kenyan director when it was a Kenyan woman director. We awarded a special mention to the film N'Tarabana by François Woukoache, though it was not announced. When I tried to go on stage to rectify the errors, I was violently taken to task by security, ordering me to go back. When I went to speak to the press to note all these shortcomings on our awards list, I was taken to task by people of the organization who told me that I did not have the right to speak to the press and summoned the security to throw me out. When they grabbed me violently by the arm, I asked the press to film and photograph what they were doing to me; they were told that I was nobody and that they were going to make me leave.

I must add that the person in charge of the official jury, threw oil on the fire regarding the security services' reaction to me. I was finally able to free myself. Trembling, I returned to my seat, wanting only one thing, to leave this space. Our Awards List has not been picked up by the press, is it because the documentary does not interest anyone or is it because the journalists did not have access to the details of the awards of our section? During that evening the award-winning filmmakers did not had the opportunity to express themselves. Fespaco is a film festival, I do not deny politicians the right to be present and to take an interest in our films, we need their support and especially their financial support, but that night it was cinema that was the absentee.

We were so happy to award The Golden Etalon de Yennenga for Documentary to Aïcha Leterrier of Burkina Faso, a young and talented filmmaker, for the film Le loup d'or de Balolé. Unfortunately, we did not have the opportunity to hand it to her personally. We all came home exhausted from this festival but nevertheless proud of our work on the Jury. That is why we wanted to report these types of occurrences. It at the present in Africa, and of course I include North Africa, that one should be capable of accepting criticism in order to be able to evolve. To criticize Fespaco is neither to offend nor to insult the organizers, it is to tell them face-to-face all the things that after fifty years of existence, are no longer acceptable as it relates to the recurring shortcomings of the organization. For me it was my last Fespaco.

(What I had to say if I had been allowed to go on stage)
Statement about the film Dawa, l'appel à dieu by Malik Konaté (Mali):
Today on our continent like everywhere else in the world, we are confronted with a danger that is no longer a threat but a reality that faces us. I speak of obscurantism, fundamentalism, terrorism, stemming from an ideology which in the name of religion and in particular Islam, contest all the values of progress, modernity, diversity and the emancipation of women. It is time for resistance, it is time to stand up. Democrat, a lover of freedom, and in a spirit of vigilance—as was mentioned in the opening speeches, my jury and I wanted to alert Fespaco about a documentary film called Dawa which offers a complacent and short-sighted showcase to a sect of which, according to some, barbaric atrocities were committed in Mali since 2014. The cinema is a weapon, certainly everyone can use it freely, but we wanted, especially in these days when Burkina Faso faces the harmful effects of these small groups, to denounce this kind of insidious and dangerous propaganda film, which is contrary to the objectives of Fespaco. Follow the debate regarding the above comment: Nadia El Fani: response to SemFilms.org | réponse à SemFilms.org - Dawa, l’appel à Dieu