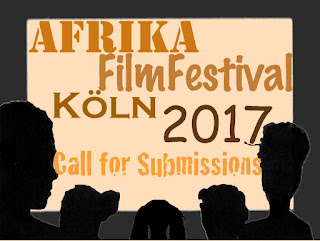 FilmInitiativ Köln e.V has been organising the "Afrika Film Festival Köln" (former title: "Out of Europe – Films from Africa") since 1992. Across a period of time spanning more than two decades, more than 750 films from 40 African countries have been shown at the biennial festivals and the film specials held during the off years, while cinemagoers have had the opportunity to get to know more than 160 filmmakers. FilmInitiativ presents all information about these films and guests for film enthusiasts to read here on the website or via the database provided.

The 14th edition of the festival took place from 15-25 September 2016 - presenting 83 films from 25 African countries and 30 international guests.

The 15th edition will be held from 21 September - 1 October 2017. It will mark the 25th anniversary of the festival, which will be held annually from than on.

Rules & Terms
We only accept films from Africa or the African Diaspora.
With our festival we want to screen authentic films done by African directors or directors with African roots.

All other films cannot be accepted.